How many students he has taught in total remains a mystery. “Oh man, that’s a very difficult question for me because I’ve been doing it for such a long time,” Dinkins says. ”I started teaching in St. Louis, Missouri, and now I have been teaching at MI for 32 years.” All he knows is, the number is in the thousands. “I’m always humbled when I think about the impact that I’ve had on the lives of my students. I’m very grateful that I was given the gift of teaching.”

When not teaching, Dinkins can be found in the studio or on the road as the musical director for four-time Grammy-winning soul singer Deniece Williams. Fred has also performed with Tramaine Hawkins and he received a Grammy nomination for her record-breaking hit “What Shall I Do,” which also won Dove and Stellar awards. In 2016 he released his own album, FAVOR, which features Williams, Stanley Clarke, Paul Jackson Jr., Freddie Washington, Alex Acuña, Dean Brown, Scott Mayo, Azar Lawrance, and Rique Pantora, and many more incredible musicians. And, he finds time on the side to squeeze in private clients including celebs like Sinbad, and the sons of both Natalie Cole and Stevie Wonder.

I talked with Dinkins about the state of education, what’s different about today’s students, and what’s timeless in his teaching. 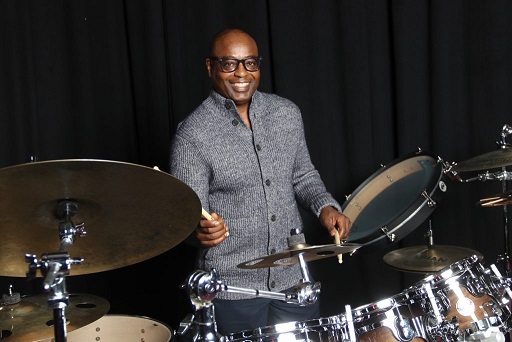 Drum!: Some of the folks who pass through MI become stars. Is that apparent when they are students?

Fred Dinkins: First of all, I believe that everyone has the potential to become whoever they’d like to be. Although some students come in at a certain level and I can tell that they are ready to step into the next level if they ever get that call.

For example, when I met Anderson .Paak I knew that he was different than any other student that I’d ever taught. He had this thing about himself that I can’t explain. He’d take a lesson, and then I’d find him in a room writing a song on the piano and singing. He was so into his music that sometimes he wasn’t aware of me watching him. I would always tell him, “You’ve got something special.” I’d also say, “You’re going to make it.” I’ve told those same words to quite a few students.

What changes have you observed in students over the years?

There’s been good and bad changes over the years. I think that today’s students are different because of the internet. There’s been a loss of focus on the importance of really learning the proper way of playing music. Over time, there’s been more emphasis on the idea that chops, speed, and flash will land you a gig. Sometimes those will get you the call, but can you keep the gig is always my question.

So they are missing out on some of the foundational learning they need to have?

Exactly. Students, or some students, learn jazz at school because it’s a part of the core curriculum. But after passing they don’t study the style and they don’t pursue  it. Their mindset is that, “I will never play this music.” My message is that you never know what the gig is going to call for. For instance, Lady Gaga recorded with Tony Bennett. If you were her touring drummer, don’t you think she is going to insert a jazz set in her show? And, if that goes over well, then the rest of the industry copies her and people start looking for a drummer who can cut that gig. So, it’s definitely in the student’s best interest to try to learn all the styles, to learn the roots of where things came from as part of their studies.

I try to advise my students not to get caught up in the drum sheds. I’m not against it at all but some students never practice their stuff and when they do it’s trying to learn something to outdo the next guy in the next shed. Back in the day it was all about your personal style and sound, and to me those two things are what separate you from the next musician.

What is it that Musicians Institute uniquely offers?

When I came to Los Angeles to study at MI it was because I believed that the staff could get me where I wanted to get in my personal quest. I wanted and needed to improve my level and they did that.

Now, I feel that MI offers that unique one-on-one personal time between faculty and student. We are in a great location to offer resources so students get noticed in the industry. We’ve had so much success getting auditions to come the school that it draws students to come to MI. That’s a big one for sure.

Talk about your experience as a music director. How does that inform your teaching?

Absolutely. It allows me to teach them about learning music the right way. Once they get the ears I can get into the physical and mental part of playing with a group, and if they accept what I show them, their level of understanding music is high and their performance ability is high.

How often do you experience a student saying, “I play drums but I really want to be a producer?”

Whenever I hear a student say to me “I’m a producer,” I ask, “So who have you produced? How much money did you spend producing your last project?” I usually get a very puzzled look and then I’m asked the question “What do you mean?”

A lot of time they mean programming, composting, and engineering. I want students to really learn what a producer actually does in the real world of making music. Making a drumbeat is a talent but it is not producing music. Producing means being able to bring a band of musicians together to make magic happen, make it grow from a basic idea. It means raising money, organizing musicians, all of that.

Look at Quincy Jones, Maurice White, and Clive Davis and many more. Those guys produce. 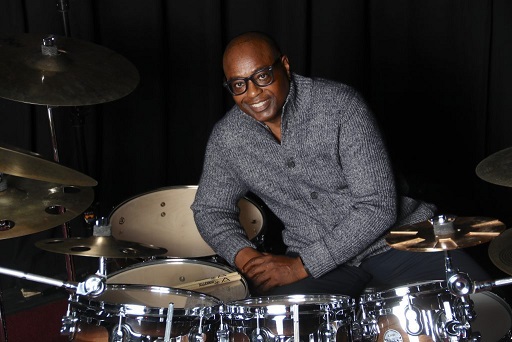 Do you have any personal musical goals right now?

Absolutely, I’m trying best get some time to sit down and really concentrate on my piano playing. I’m for sure planning on doing another record ASAP. I’m also in the process of finishing another book and then another book on timekeeping.

You have said that you always try to teach your students to be men (and women), not just drummers. What does that mean in the context of being a musician?

There are so many things for kids to get into, I think it’s important that I can teach them something more than drums and music. I remembered as kid musicians had a really bad rep. They all were drug addicts, womanizers and every bad thing that you can think of. Morals are important to learn and keep. Once that student leaves home I feel that it’s a part of my responsibility to help the student keep those morals intact. Male and female students have to learn what professionalism is and that’s where I try to have input. There are drugs and there is disrespect and unprofessional conduct, so I try to keep the students on the right road as best as I can.

What is something about Fred Dinkins that no one knows? Special interests, hobbies?

That’s a hard question because I still would like to pursue so many things. The biggest thing I’m working on is knowing Fred. I would like to learn a few languages, get into photography. If I was wealthy I could help the homeless more. I wish that I could help students who can’t afford to come and stay in a school like MI or another college. I see a lot of students try to come to L.A. but they have to leave because of financial problems.