Soul Of A Journeyman: Working Musicians In The Music Products Industry 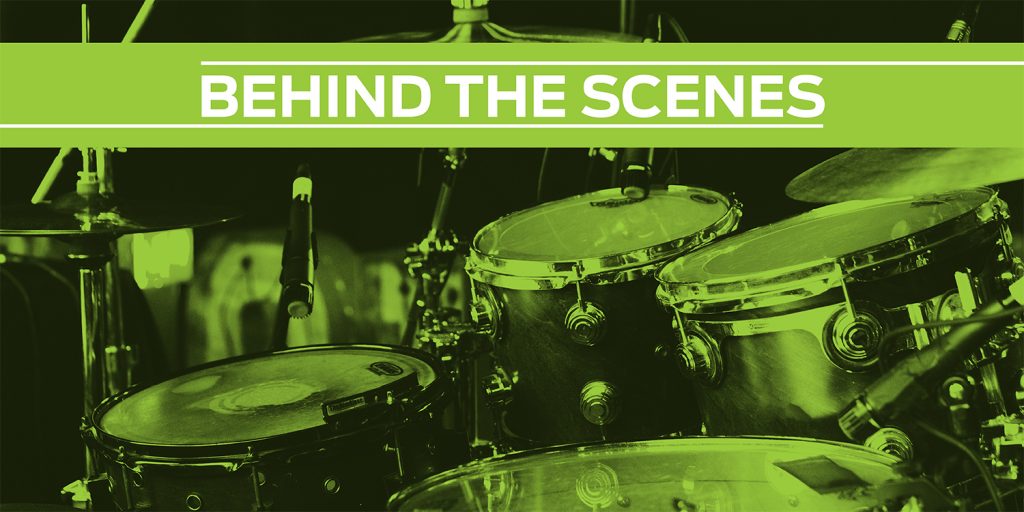 A few drummers play to 10,000 people a night. Or on some nights, 50,000. And we know many of their names like we know the brand of drums we play. Peart, Smith, Watts, Royster, Mullen, and more. But while there are hundreds of thousands of drummers out there, those drummers who make a big-name career only number in the hundreds.

Below the level of superstars are many more working in great but smaller bands, playing great but smaller venues. Some stay full-time in a band, others are hired hands, or journeymen and women who go from gig to gig and session to session. To earn a living they may supplement touring with session work or home recording. They may teach, write, or produce. Many play in several bands at once. Side projects are more common today than ever. And the next level down are the folks who kept the day job but play music seriously, the tens of thousands of drummers who are active in their local scenes, piling up gig after gig: casuals, weddings, club dates, church performances, and the occasional shows fronting their own group.

One thing that musicians should know is that they can stay really busy performing and have a full-time job in the music products industry. I think of my friends like Jim Catalano, a legend at Ludwig who also played as many as 25 gigs a month for 40 years, from weddings to subbing for a small symphonies to club dates. Jordan West of Roland demos drums and pursues a writing and singing career. Pearl marketing manager Kevin Packard is a talented singer-songwriter as well as drummer. Johnny Coviello, sales manager at Vater, lays down the serious fours with the Stephanie Jasmine Band in Boston. The story is much the same at every company. The marketing rep doubles as an engineer; the artist relations director may also be a touring tech; the ad designer is playing Saturdays in a Beatles cover band; and the marching band manager may be a church or theater music director on the side.

For many musicians, combining their day job in the music products industry with the night or weekend job making and playing music is a compulsion. You can’t give up performing and recording, and your day job complements your night job.

With those thoughts in mind I sat down with David Bronson.  He’s also a journeyman drummer, one with a great resume that includes a 25-year stint with the Righteous Brothers and shorter tenures with many other bands, especially Sixties acts. After five or ten thousand shows he still keeps busy today, including performances at churches and local and regional theater ensembles, as well as answering calls to sub for drummers from Los Angeles to Las Vegas. But these days he’s also got a day job. David is the US warehouse manager for Istanbul Mehmet Cymbals and works out of the company’s location in the Palm Springs area of Southern California.

A Lifetime Student Of Drums

Bronson spent almost his whole career in Southern California and Las Vegas. His first gig was a junior high dance in 1968. “We had four guys in the band and we knew four songs,” he laughs today. “We just kept repeating them. I think we got paid 30 bucks for the whole band.”

But unlike a lot of young musicians who played in high school bands and called it quits, Bronson kept honing his skills. He enrolled at Percussion Institute of Technology (Musicians Institute) when it was just starting in 1980, where well-known teachers and performers like Joe Porcaro and Zappa legend Ralph Humphrey were just building their percussion curriculum at the time.

He’s continued taking lessons ever since. Currently, he studies with Bruce Becker, the Los Angeles-based teacher who also teaches top pros and lifelong learners such as Dave Garibaldi of Tower of Power. “Bruce really knows what he’s doing,” Bronson says, adding, “I’ll be studying till I drop. I love the process.” Bronson was also a student of the legendary Freddie Gruber, whose students included a who’s who of drumming royalty from Mitch Mitchell to Neil Peart and Mark Schulman. “He had a great magical way of teaching and I was lucky to have a friendship with him over 30 years.”

His biggest break came in 1980 when he auditioned with the Righteous Brothers. That led to a 25-year stint with the band. “I was playing a wedding in Orange County and told the bass player that I wanted to get some work in Las Vegas. A week later he gave my name to the musical director for Bobby Hatfield. That referral led to the Righteous Brothers gig.” Hatfield was one-half of the original Righteous Brothers, and also had a huge solo hit with “Unchained Melody.”

“The biggest thing about the Righteous Brothers was consistency,” he says. “The drum parts are very simple. That’s what he wants. The challenge for me was to stay fresh. Bill [Medley, lead singer] has got one of the great iconic voices, and he’s an amazing entertainer. He’s also a great guy.” 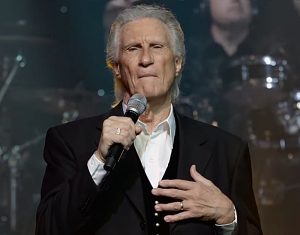 Bill Medley of the Righteous Brothers

That gig led to touring and a lot of validation, which opened doors for later gigs. “The whole industry is about relationships and referrals,” Bronson says. “When I’m asked for advice I tell young musicians it’s important to live in the cities—Nashville, Los Angeles, New York—where national tours originate. And to take every gig you can. You never know when you will meet someone who can help you.”

The Righteous Brothers led to another Vegas job with Connie Stevens, right at the end of her career. She was a late ‘50s movie and TV star who also had hit records, beginning with “16 Reasons” in 1960. “It was an old school Las Vegas style show,” Bronson says. “Lots of styles, lots of reading. The click tracks were a mess so it was a challenge to make sense out of all of it. But the musicians were great players and singers. She was a real taskmaster on stage but a lovely person offstage.”

Be Ready For The Gig

This gets to one of the things that makes a great journeyman: the ability to perform no matter what, and to know what you’ll be expected to play. You don’t want to be the person who doesn’t know how to swing or keep up with the chart when called upon.

To get those chops, Bronson has definite ideas of who you should listen to: the two Jims, Keltner and Gordon. “The Derek And The Dominos Layla album with Jim Gordon should be required listening for every drummer that wants to play straight eighth-note rock and roll,” he says. “Also, the early Little Richard records with Earl Palmer. And, for modern pop styles, John Robinson’s the dude.”

He continues, “I sometimes wonder why I still get called to play at my age. For me the big things are having good time and knowing a lot of styles. I never had a ton of chops,” he says, with journeyman modesty. “I work on technique so I can get a good sound out of the drums and so it’s easy to play, but I never work on soloing. It’s studying and reading that keeps me working as I get older.”