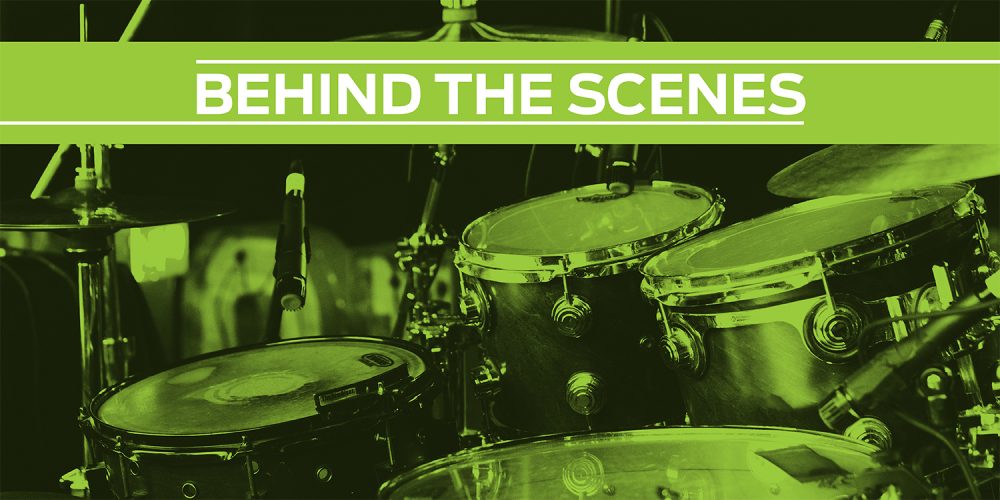 What Really Goes On When A Big-Name Artist Switches Endorsements?

Last Friday, February 16, Yamaha announced that Jimmy Chamberlin of the Smashing Pumpkins had joined the artist roster. In fact, the news broke first here on drummagazine.com. Chamberlin, who had been a Yamaha endorser during the heyday of the Pumpkins’ hits, was returning to the fold, just in time for the reunited band to become more active.

Naturally the crew here at Behind The Scenes World Headquarters wondered exactly how this came about. Jimmy Chamberlin was switching endorsements. It happens often and contrary to what some believe, it usually is about sound and support, not money. So, we went straight to the source: the folks at Yamaha.

Greg Crane, Yamaha Drums’ manager of artist relations, noted that despite the fact that Chamberlin had played other brands of drums in recent years, Yamaha still had close relations with other members of the Smashing Pumpkins, who also play Yamaha gear. And he and Chamberlin had had a few conversations over the years, whenever they ran into each other. “We’re both from Illinois,” Crane says. “He had played a lot in my hometown so we had a little Midwest connection. We started talking and once we got a conversation going I said, ‘Let’s meet and just talk and get to know each other.'”

So, they had breakfast and talked. “I realized that for Jimmy a lot of the sound he heard in his head was Yamaha. All those records, that was the original sound of Jimmy Chamberlin; those were Yamaha drums,” says Crane. At some point it became clear to Chamberlin and Yamaha that it was time to come back. The arc of Chamberlin’s career has been higher recently thanks in part to his jazz outfit, Jimmy Chamberlin Complex, and his collaboration with saxophonist Frank Catalano. “As he explained it to me, it was a full-circle thing. He was coming back personally, professionally, sound wise. And, it was very exciting because I had gone to a couple of shows and things were coming along.”

Jimmy in his earlier Yamaha days.

It was time for Chamberlin to play the gear. Yamaha has been through big changes in recent years, opening new factories and changing its lineup of drum models. There were plenty of new products that Chamberlin had never played. He came by the shop in Burbank, California, to try the drums, all the snares, and the hardware.

“It was cool for me,” Crane says, “to sit and watch Jimmy play, especially as a fan of his sound … and his approach to snare drum. Toms, too, but there’s something special about his snare sound. When he played the Hybrid Maple he said these were some of the best drums he ever played. If you play a lot of toms, Hybrid Maple is perfect because of the separation you can get between each drum.”

As it turns out, senior builder/drum designer Daryl Anderson was at the office that day and was equally excited with what he was hearing. “It was like Chuck Woolery and The Love Connection,” Crane laughs. “We always say at Yamaha that we want to have the best drummers on the planet and here was another fantastic player who was now with us.”

It’s no surprise that Yamaha was glad to have the Smashing Pumpkins’ drummer back. He’s Jimmy Chamberlin. But what about a lower level endorser? Maybe even you? What advice did Crane have for aspiring up-and-comers?

Again, it’s all about relationship. “When we work with an artist we plan on that relationship going on for a long time. The first question I ask them: What do they play now? What do they like? What’s their sound? My advice to anyone searching for an endorsement is to get your sound together first. That’s where it starts.”

Words to live by, my friends.

Got a comment? How about a Behind The Scenes question? Let us know on social or below.

Win!
Each month I choose random winners of a cool drum accessory from names of those who comment on Facebook or below. Winners of Cympad and KBrakes (left) prizes announced next week.