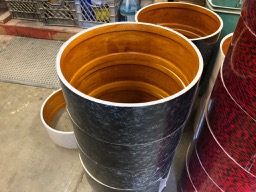 Even the interiors are beautiful on the new Rogers drums 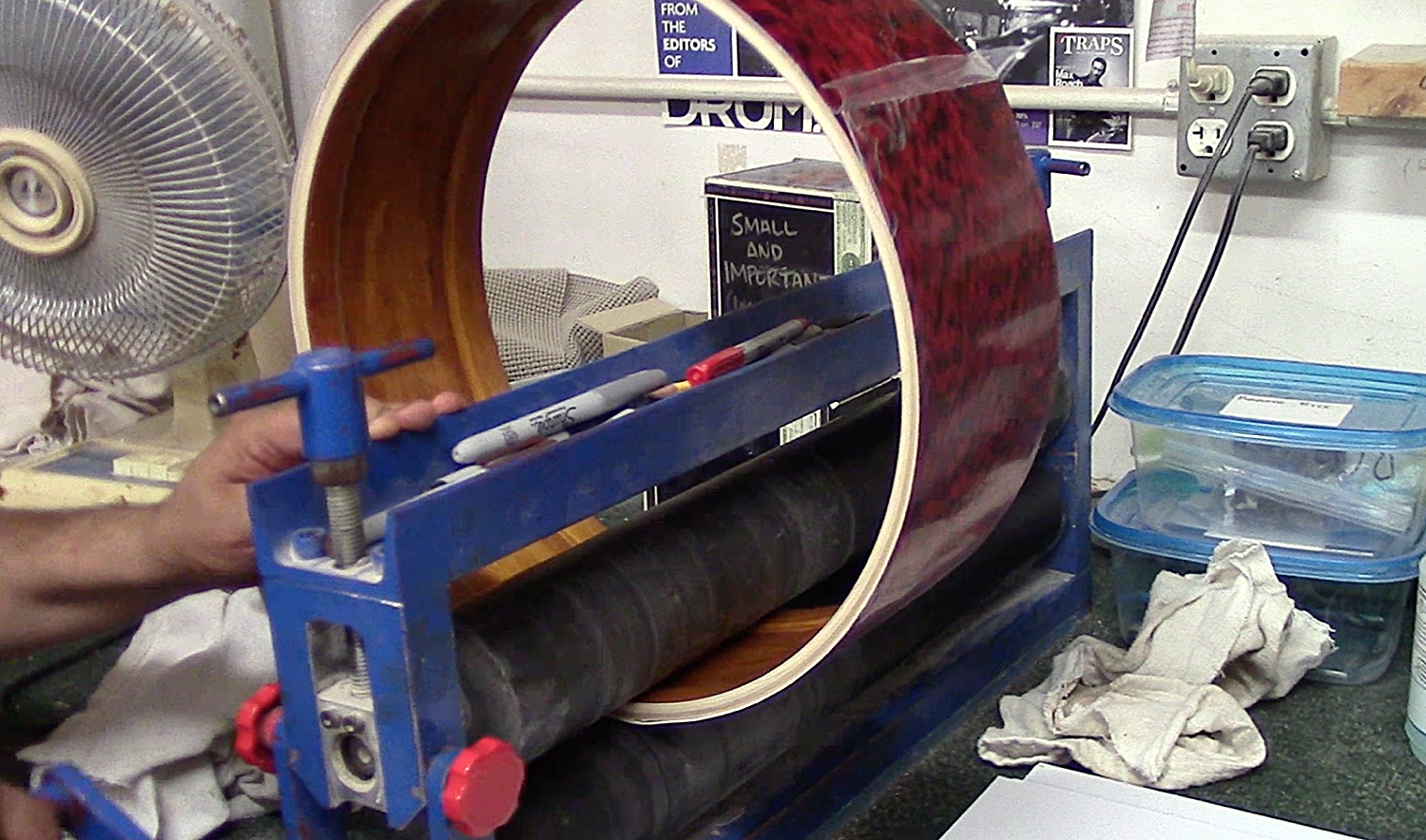 Finishing the interior of a Rogers snare

Cutting an edge on a tom 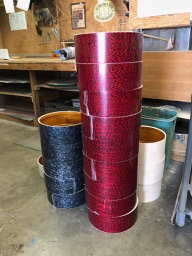 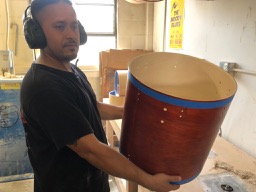 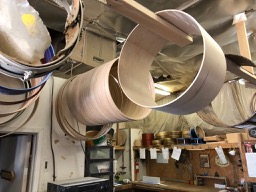 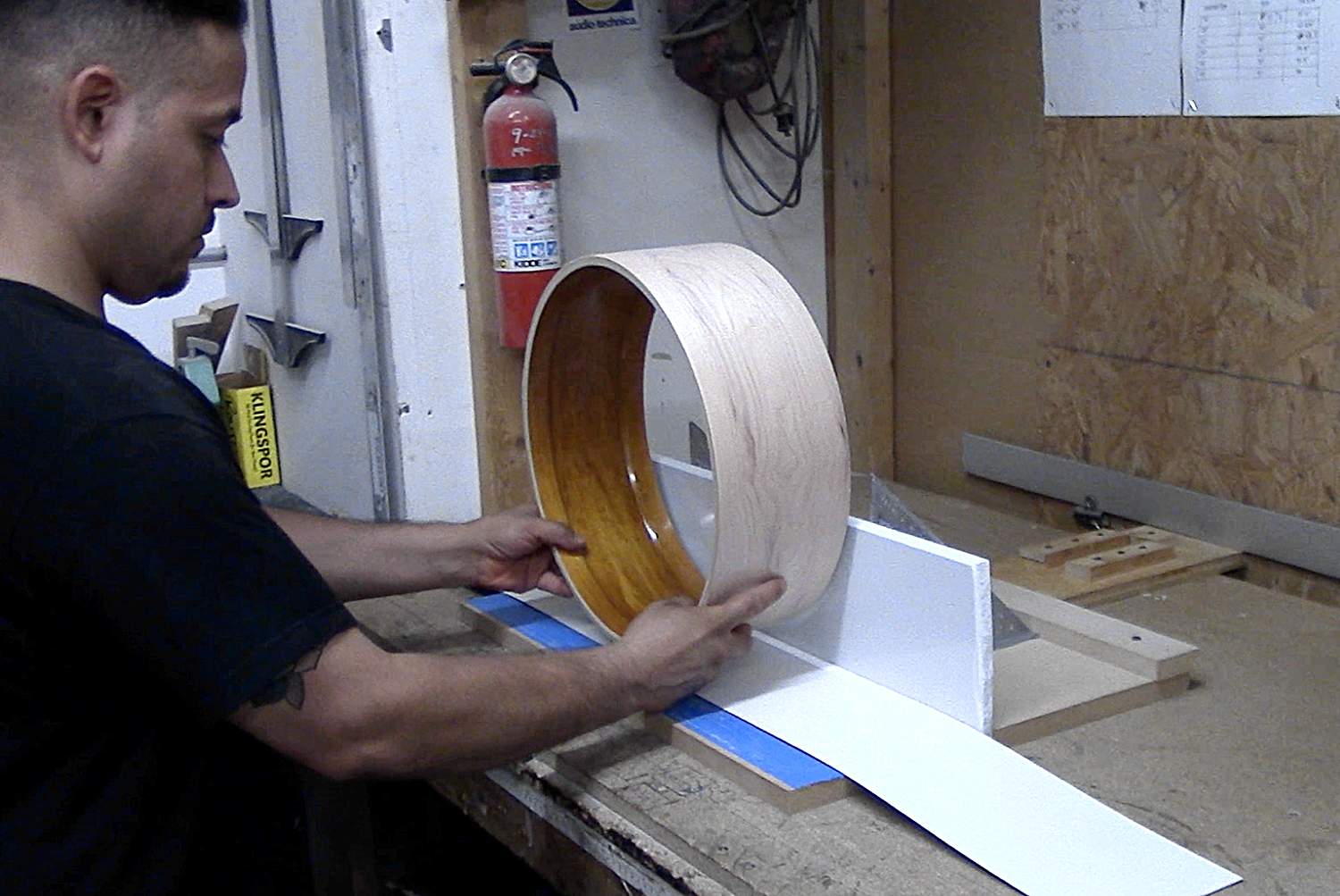 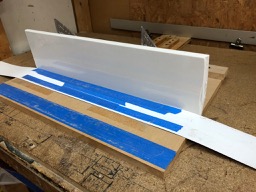 Another angle without the drum 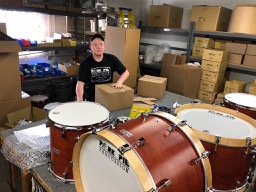 The shells are from Asia. The rest of the assembly happens in California. The hand-staining, edge-cutting, and other work is done in California.

In 2017 when we reported on the relaunch of Rogers it became our top web site story of the year. Then last month we wrote about the company’s plans going forward, including an expansion into hardware. Now, we’ve taken a tour of the factory where the drums are finished.

How Did Porkpie Come To Build Rogers Drums?

The Rogers Drums name is owned by Reliance Musical, the highly respected Taiwanese manufacturing firm that has built drums and components for many of the biggest companies in the drum business. They purchased the Rogers brand after several previous owners had made relatively half-hearted attempts to relaunch the brand in the between 1990 and 2005. When it came time to relaunch the drums Reliance brought in many talents, including Ken Fredenberg, who had worked closely with them at KMC where he was crucial to the development of the Gibraltar line of drum hardware. Today, Gibraltar, Dixon Drums, and Rogers are all owned by Reliance but each is marketed and distributed by different teams and companies. Ken is the Director of Brands at Reliance and the godfather of Rogers rebirth. “When we started the Rogers project and it came time to dial in the sound, Bill Detamore was my first thought,” says Fredenberg.

Detamore has 30 years of experience turning out Porkpie custom drums and building and designing products for other companies, too. He didn’t just help define the sound, he pushed the product specs along until what he was hearing sounded like Rogers drums. “I really do it by ear,” says Detamore. The factory would receive the Rogers drums, modify them, listen some more and then ask the factory to make changes, over and over. Reliance meticulously re-created all the classic hardware, then invented a new process for the thick-ply shells in order to make the drums sound like Rogers drums. The other key partner in this process in the US is  Big Bang Distribution. Customer inquiries should be made at RogersDrumsUsa.com.

For the assembly process what arrives in California are shells and parts. Detamore and his team finish each drum, drill the holes for lugs, wrap and finish the drums, cut bearing edges and install the throw-offs. Much of the work is done by hand, the way Detamore likes it. “I want the drums to be touched as much as possible by people,” he says. “I think it’s just cool.” On most drums he even drills holes by hand. Though no one would complain if he used CNC machines for cutting and drilling, Detamore wants each drum to get a skilled builder’s attention from one of his team. His philosophy that more handwork imparts soul to the drum has been a theme of his  at Porkpie, even when he has worked under the constraints of pumping out mass market products.

On the day I visited we got to see people working on Rogers drums and some special Porkpie projects under development. Shortly, I’ll share more news plus some video.

Rogers Drums Relaunch: The Return Of A Legend