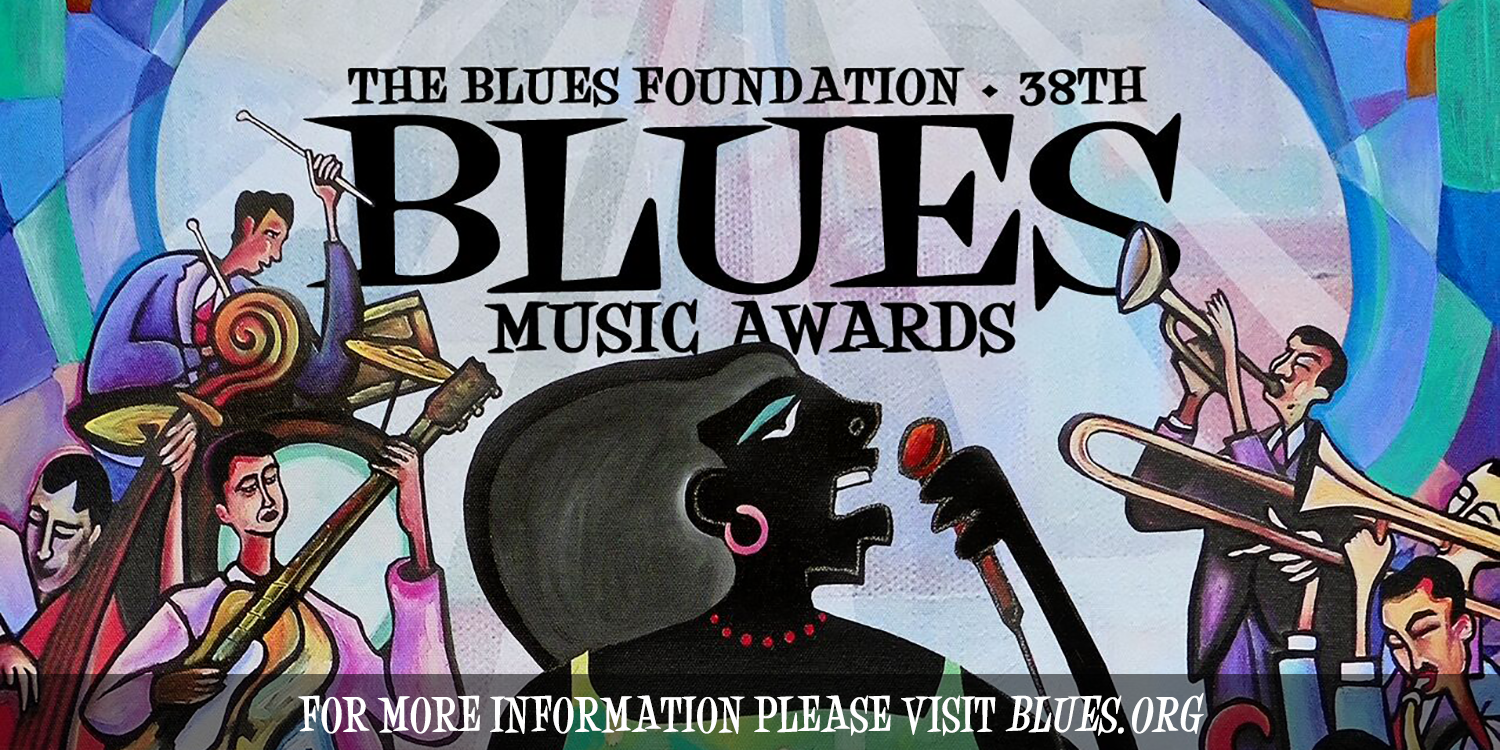 An amazing gathering of musicians joined music business professionals and devoted fans on May 11 to honor the best in blues for the past year. The Cook Convention Center in downtown Memphis, Tennessee, transformed into a joyous blues party during the 38th annual Blues Music Awards as The Blues Foundation shined the spotlight on the remarkable work created by the night’s honorees.

Bobby Rush not only picked up an Album of the Year victory for Porcupine Meat, he also saw Omnivore Recording’s four-disc retrospective Chicken Heads: A 50-Year History Of Bobby Rush named Historical Album of the Year. These wins, his 11th and 12th BMA awards, continue a triumphant year for the 83-year-old blues legend, who also earned his first Grammy earlier this year. Rush also served as co-presenter with his Grammy Award-winning counterpart, Fantastic Negrito.

Curtis Salgado won Song of the Year for “Walk A Mile In My Blues,” which he co-wrote with David Duncan and Mike Finigan. It was one of three victories for Salgado, who also was named Soul Blues Male Artist and received the Soul Blues Award for The Beautiful Lowdown. Salgado addressed the crowd via video, as he is currently recuperating from open heart surgery.

Susan Tedeschi had a big night as well. Tedeschi added to her BMA award collection by being named best Contemporary Blues Female Artist, while the Tedeschi Trucks Band took home Band of the Year and Rock Blues Album (Let Me Get By) honors.

For Mavis Staples, the evening added to an already milestone week. Her victory as Soul Blues Female Artist came a night after she was inducted into the Blues Hall of Fame at a memorable ceremony held one mile away at the Halloran Centre for Performing Arts.

The prestigious B.B. King Entertainer of the Year title went to Joe Bonamassa, who also garnered Guitarist of the Year honors. The Entertainer of Year award held great personal significance for Bonamassa because one of his first performances was opening for B.B. King when he was only 12 years old. Another double winner, Kenny Neal, was selected as the Contemporary Blues Male Artist of the Year while his album Bloodlines was rewarded as the best Contemporary Blues Album.

Here is the complete list of Blues Music Award winners:

Acoustic Album:  The Happiest Man In The World – Eric Bibb

Rock Blues Album: Let Me Get By – Tedeschi Trucks Band

Mavis Staples was just one of the distinguished honorees inducted into the Blues Hall of Fame on May 10. This year’s class numbered a pair of legendary guitarists, Magic Slim and Johnny Copeland (inducted by video by daughter Shemekia), and two longtime Howlin’ Wolf sidemen, guitarist Willie Johnson and piano-man Henry Gray, along with singer/songwriter Latimore. Entering the Hall of Fame as this year’s non-performer selection was Living Blues Magazine co-founder and radio show host Amy van Singel, who passed away just last September. The Hall of Fame also recognized W.C. Handy’s Father Of The Blues as its Classic of Blues Literature selection. Honored in the Classic Of Blues Recording Album category was John Lee Hooker’s 1966 Chess album Real Folk Blues, as were a quartet of Classic of Blues Recording songs: Bo Diddley’s signature tune “Bo Diddley,” Tommy Tucker’s “Hi Heel Sneakers,” Albert King’s “I’ll Play The Blues for You,” Son House’s “Preachin’ The Blues” and Howlin’ Wolf’s “I Ain’t Superstitious.”

The Hall of Fame Induction ceremony and the Blues Music Awards capped off an exciting Blues Music Week in Memphis. Organized by The Blues Foundation, the week featured live performances, a special Born In Chicago movie screening, and the opening of two Blues Hall of Fame Museum exhibits: one honoring the new inductees and the other spotlighting music business legend Mike Kappus and his Rosebud Agency.

For information about The Blues Foundation, visit blues.org.