One of the weirdest tales in the Moon legend concerns the night Keith passed out onstage, and was replaced by a 19-year old drummer, pulled from the audience. It was November 20, 1973, when The Who opened their first U.S. tour in two years at the Cow Palace in San Francisco. Scot Halpin, a drummer and Who fan from Muscatine, Iowa, was visiting the West Coast when a friend invited him to attend the show. Little did he know that he would end up being the show.

Today, Halpin, now 35, is a guitarist and bassist who only rarely plays drums. But he’ll never forget the night he sat in for rock’s wildest drummer:

“My friend only had one ticket, so we went to the show about eight hours early in order to scalp another ticket. Finally, we got in, and went up front near the stage. When the show started you could tell Keith was really messed up. They played about two songs but halfway through “Won’t Get Fooled Again” he flopped over his drum kit and passed out.

He actually passed out twice that night. After the first time, The Who walked off and my buddy and I walked over near the left side of the stage. After 15 minutes the band came back out but you could see Moon faltering.

My friend was sort of pushing me forward and saying, ’Come on man, you can go up there and play, you can play.’ He’s really the one that got me into it. Then Keith came over to that side of the stage. He was out of control and was sort of hassling with the security guard. Suddenly, [promoter] Bill Graham was there trying to see what was going on.

“My friend was still pushing me forward and Graham looked straight at me and said, ’Can you play?’ Next thing I knew Bill Graham took me backstage and turned me over to the drum roadie who sort of prepped me as to the drum setup. And then I came popping out behind the drum kit.

I mean, Daltrey turned around, and there I was. At about this time Townshend was asking the crowd, “Is there anybody out there who can play drums?” All these hands were going up in the audience but I was already back there. Daltrey walked back, got my name, and introduced me to the crowd. 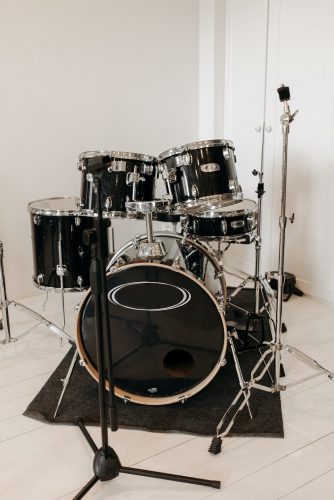 “It’s sort of blank from there. I have a bootleg tape someone gave me of that show. They credit me with three or four songs, but they sound a lot better than I think I could’ve pulled off. I’m getting all the fills and stuff and they’re right there. They started off with a jam, like something off Live At Leeds. That went on for about ten minutes. Even then I could sort of tell that Townshend was going deaf. He had to face a certain way on stage and so forth. We played ’Bargain’ and ’Magic Bus.’” [Ed. Note: Some accountants say “My Generation” also was played.]

“To tell you the truth I was scared to death. Everything was crazy. The size of the drums was ridiculous. The tom-toms were as big as my bass drum. Everything was locked into place; anyplace you could hit there would be something there. All the cymbals overlapped. I started out hitting with the sticks normally but I had to turn them over to the fat end because I wasn’t making any sound. Back then monitors were incredibly awful. All I was hearing was the acoustic sound of the drums.

“As far as style goes, Keith was strictly one-of-a-kind. But he really changed the status of the drummer as far as the hierarchy within a band. At that time everything was focused on guitar worship. He was visual, he decorated his drums, he played double bass when no one else was. He really moved the drums forward.”