BY NICOLAS GRIZZLE | FROM THE FALL 2019 ISSUE OF DRUM!

Though at first glance it may look like a drummer’s torture device, the ToneAlly is a useful, sturdy, versatile tool for those looking to build good sticking habits or retrain ineffective muscle memory.

Pronounced “tone-alley,” as a play on the name of creator and award-winning drummer Tony McNally, it uses four separate “alleys” for your sticks to follow in order to develop muscle memory for accurate sticking.

We received a “Design 5” version for review. The wooden unit is durably lacquered and feels quite sturdy. It is 12.5″ tall, with three columns on either side creating two 11″ vertical channels. This forces you to keep a consistent angle for both downstroke and upstroke, while the ceiling atop these columns forces you to limit your stroke height. These physical limitations are how the unit actually trains your sticking.

The unit is curved to fit snugly inside the hoop of a 14″ snare drum, and the hard neoprene pad where the sticks hit can be removed to allow for playing directly on the drumhead. This is a nice feature, though the angle is different in this setup. Soft rubber “wiggle bars” fit between the columns to allow for training stick height as well.

The ToneAlly is like a sticking psychologist. You show it your honest playing, and it reveals your unconscious tendencies and odd angles. I discovered, for example, that in matched grip, my left hand tends to drift outward compared to my right. And my angle for traditional grip is sharper than the ToneAlly would like (probably because I seldom play in this style). You can also play inside or outside of the alleys for different sticking exercises.

I was much more accurate while watching the sticks hit the pad. That’s a bad habit to get into because you’re not going to watch your sticks hit the drums when you play, so I forced myself to look away. Gradually, the clicks and clacks of missing the pad and hitting other parts of the ToneAlly started to dissipate, and I could feel it training my hands into a different position. I took breaks when my hands started to remind me they weren’t used to these new angles, and went back to it when their complaining subsided. 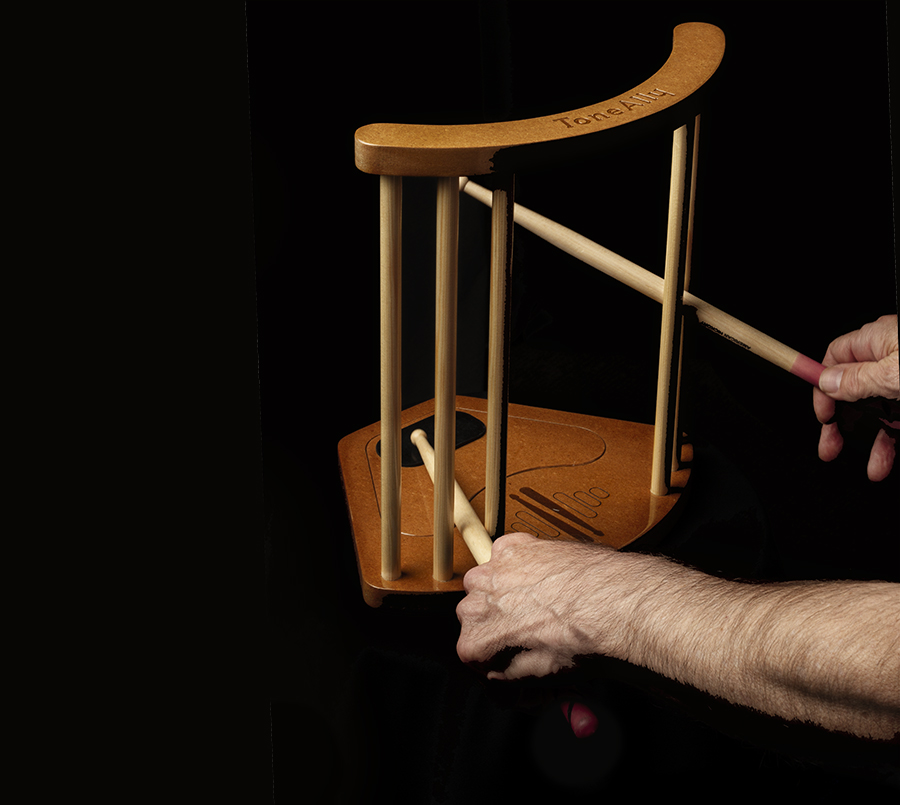 There are a couple things to note about the playability of the ToneAlly versus a traditional pad. For one, double hits aren’t as springy off the pad as they are on a drumhead. Also, when played on a hard surface like a table, the unit scooches forward a bit, especially after accents. This could likely be easily remedied with some grippy contact paper affixed to the bottom—or you could keep it atop a snare or in a snare stand.

When you’ve already been doing something for many years, it’s hard to relearn it a different way. But this isn’t trying to break your existing muscle memory—it’s just trying to bend it, or perhaps straighten it out. As a teacher, I could see using this in beginning lessons to demonstrate proper hand technique and stroke movement, though I might have a tough time getting a young student to enjoy practicing with this tool at home.

For students looking to ensure a lifetime of accurate and precise strokes, the ToneAlly is a good way to train muscle memory from the get-go, and even to straighten out those bad habits gleaned over a lifetime of drumming.