Raul Rekow, the conguero for Carlos Santana’s band for more than three decades, died today of complications from cancer. Raul was 61.

Raul worked with Santana from 1976 to 2013 and was crucial to the sound of the band. His colorful rhythms and infectious enthusiasm for the music made a lasting impression on audiences around the world, and on other drummers.

The San Francisco-born Rekow was initially self-taught. He joined the band Malo, led by Carlos Santana’s brother Jorge Santa in 1972. They had a huge hit with “Suavecito.” After Malo he joined Sapo, another Latin-rock band, before getting asked to jam with Carlos in 1976. Soon after he was invited to join the band. There he learned from Santana veterans such as the legendary Armando Peraza and Orestes Vilato. 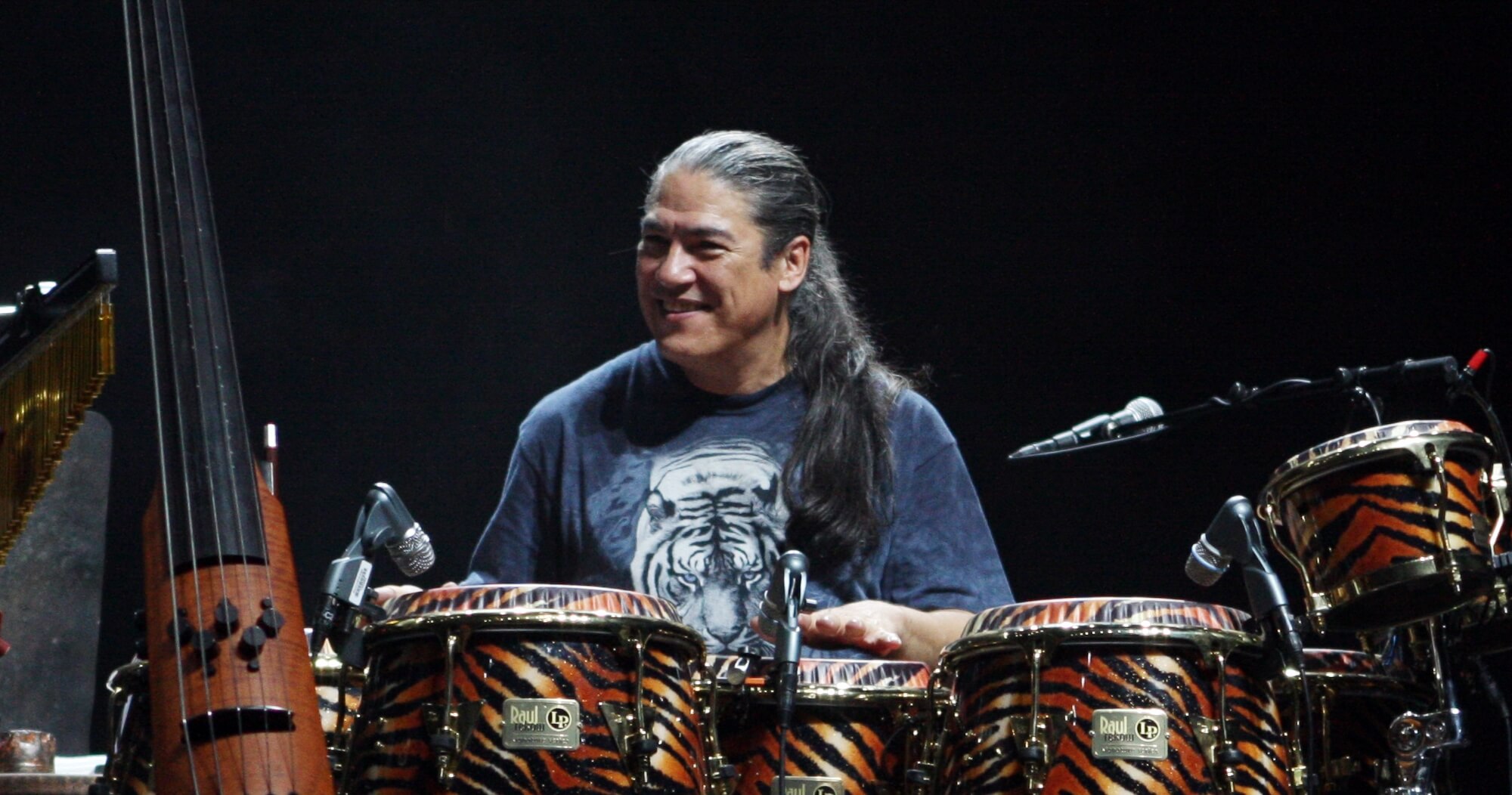 Anyone who has had a chance to see one of Raul’s clinics with fellow Santana alumnus Karl Perazzo in recent years knows what a special drummer he is. Their clinics had the energy of big concerts. As theLpmusic.com site puts it “When they perform together, the duo feeds off of each other’s energy and talent, resulting in a kinetic performance. Their presentations have become immensely popular because of the combination of top-notch expertise and an easy going sense of humor.”

Raul Rekow and Karl Performed at DRUM!’s DrumNight in 2012 with a performance so good you felt sorry for the performers who came after them. We’ve got video below.