Carter McLean’s move to Ludwig Drums and Promark sticks over the past year created quite a stir in the drumming community. McLean, whose tenure with The Lion King on Broadway, guitarist Charlie Hunter, and other high-profile gigs earned him a reputation as one of the preeminent groovers of the day, really rocketed to international visibility with a pretty specific sound. So, when he decided to make a few slight tweaks to that sound-the Carter McLean sticks, he turned a lot of heads (that’s a rock-solid dad joke for drummers, and I stand by it).

McLean just picked up his first new kit from Ludwig and received the final version of his new signature stick from Promark, so we figured it was a good time to reach out and learn a bit more about how he settled on these new digs. 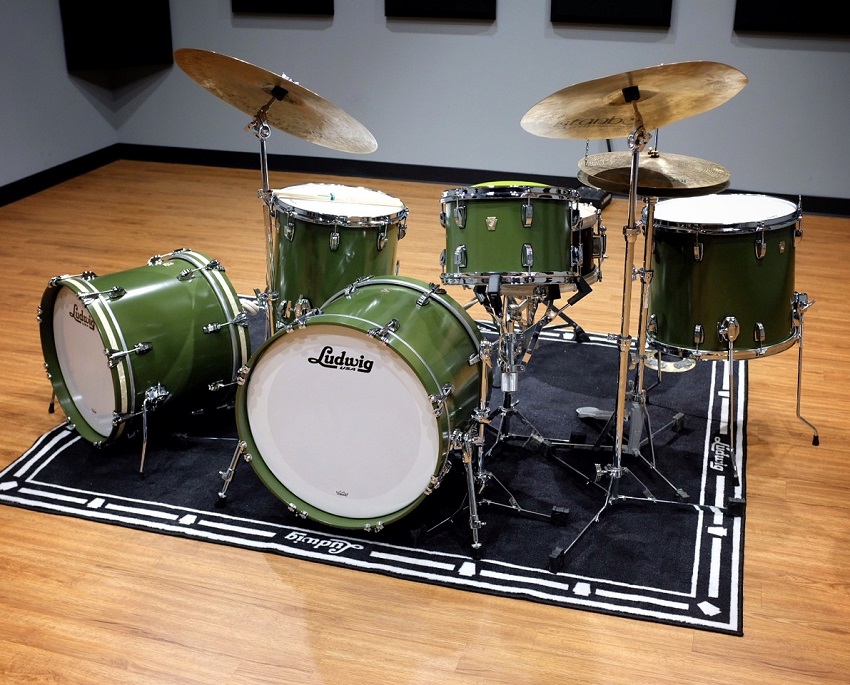 What drew you to the Legacy Maple series over the rest of Ludwig’s current catalog?

I ended up picking the Legacy Maple for two reasons. First, it has a very warm, old-school character. And second, it has slightly less ring than something like the Classic Maple. It’s a really nice balance for how I hear drums. 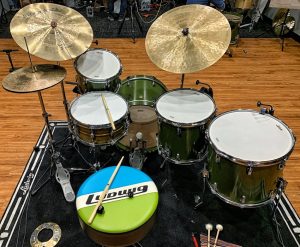 What sizes and finish did you settle on?

Any special or custom appointments?

None at all. I went with the standard stuff.

In that past, you’ve mentioned Ludwig’s snare drums as one of the key draws in bringing you over. After exploring the options, what are you going to be using?

I think it’s going to be a growing list! They are all killers in their own way. I love the 6.5” Copper Phonic and Raw Brass drums. I have the brass at Lion King. It cuts really nicely with the full orchestra. Copper is a bit dryer and darker. I love it for smaller settings. And I’ll be getting my 5.5” Black Oyster Pearl Mahogany Jazz Fest very soon. Can’t wait! That will be a big player in my sound.

Did any current Ludwig models really surprise you?

I have yet to play a lot of the new stuff, but I can say this: Every drum I have hit that Ludwig makes leaves me with a smile on my face.

You’ve also got a signature stick from Promark coming. Can you tell us a little bit about the design?

We worked on it for about eight months. I wanted one stick I could do a hard-hitting show like Lion King with, and also use it to play very quiet stuff with Charlie Hunter. It was heavily influenced by old jazz sticks. I just beefed it up a bit from the old days. It’s a hickory stick that’s 0.570” thick and 16 3/16” long with a 3” taper and a very cool pointed tip that can get two separate cymbals tones. It’s the perfect stick in my opinion. 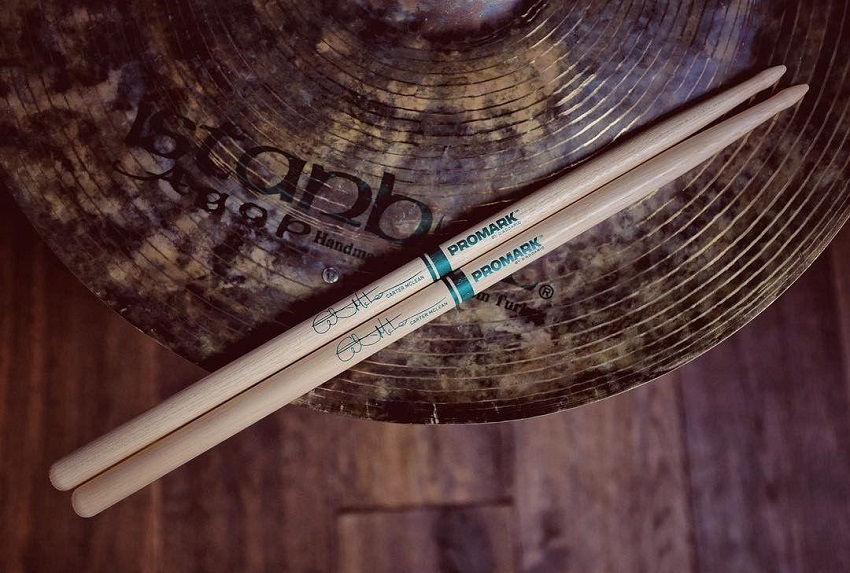 How many rounds of design did you go through with Promark?

We went through three versions of the stick before settling on this one.

What drew you to that tip design?

It was looking back at the jazz guys. They mostly used pointed tips. You can get different tones out of the ride that way.

What made you select hickory?

Hickory is the standard and was the most versatile, I felt. Promark also gets great Hickory that is very consistent and clean.

When can we expect some signature Istanbul Agops?

Never. They make the exact sounds I want already!

Any news on a new book/video?

“Concepts and Creativity” will hopefully be out in June of this year. We worked really hard on that book. It has stuff for every level, and can really get your hands and ears In shape. I hope everyone digs it.