Necessity Is The Mother Of Drumming Invention 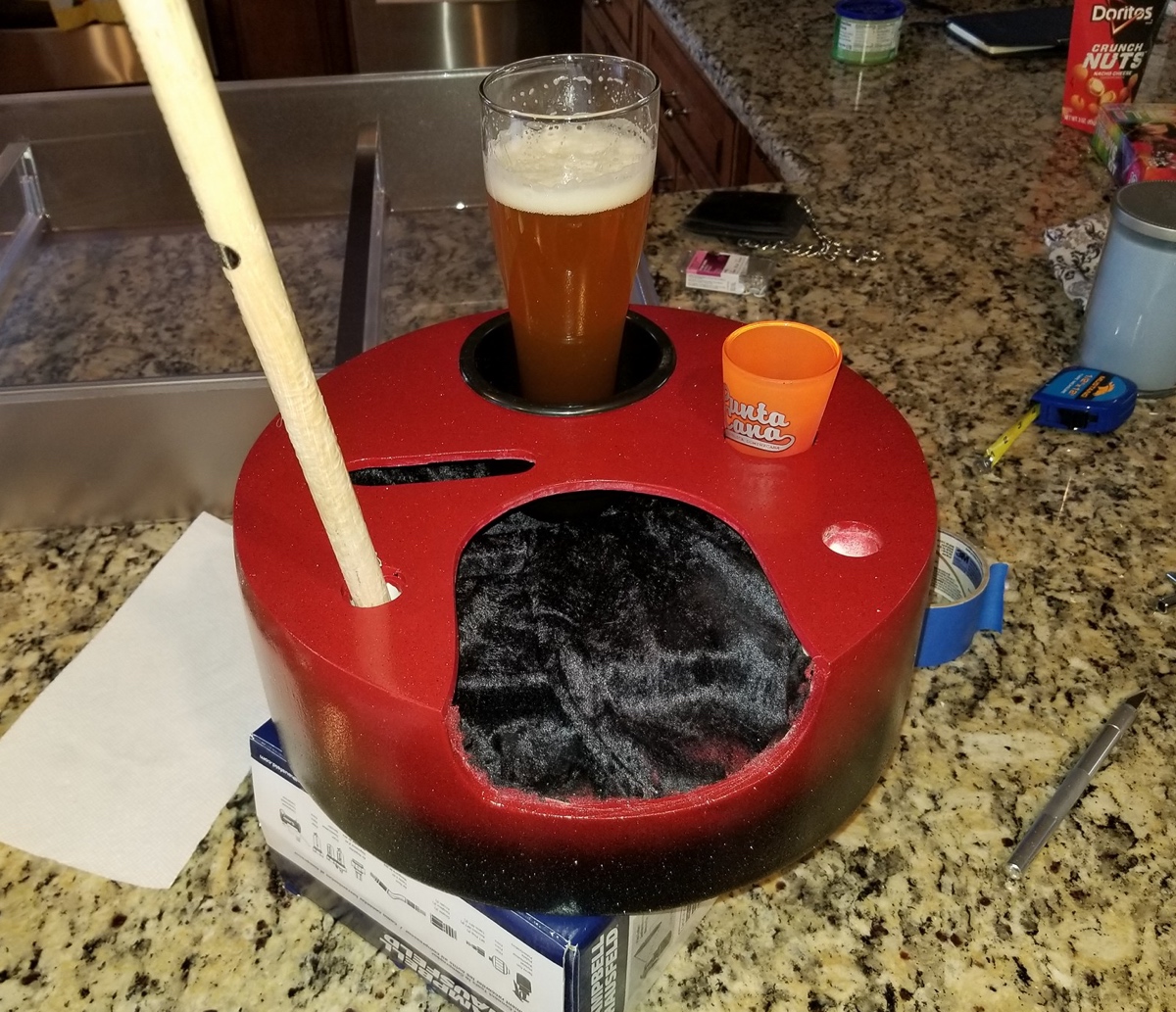 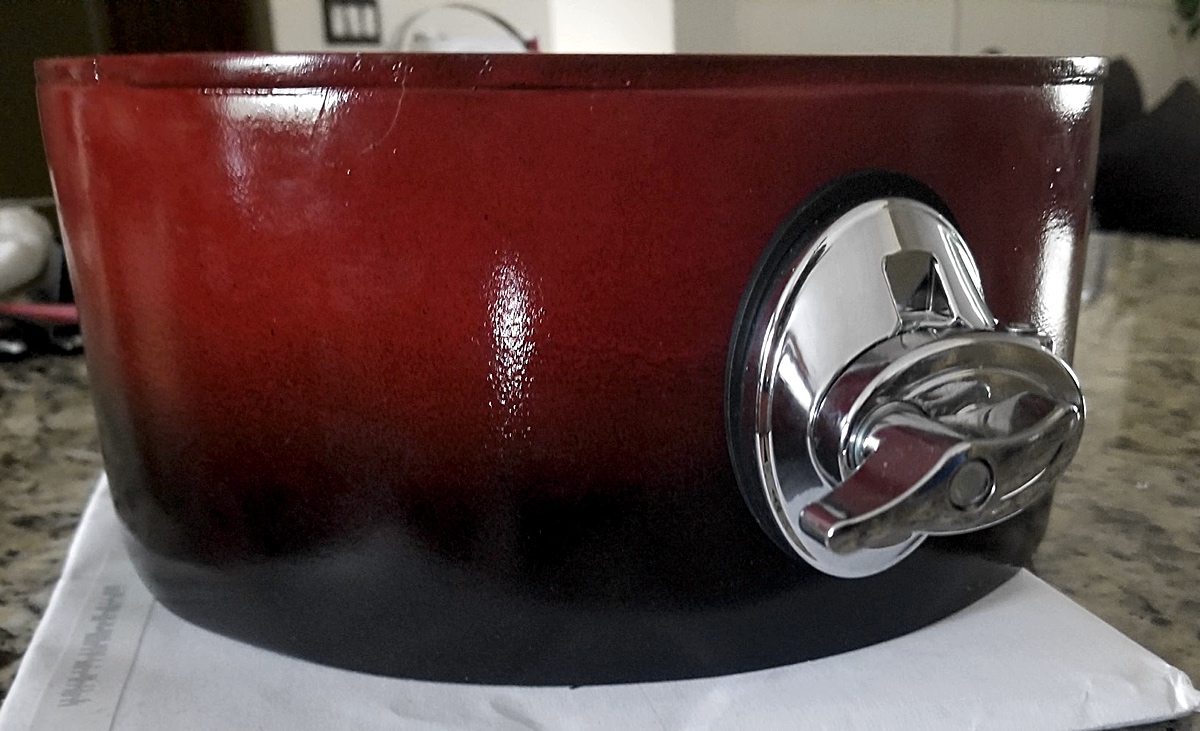 Pacy can install a tom mount that matches your kit hardware. 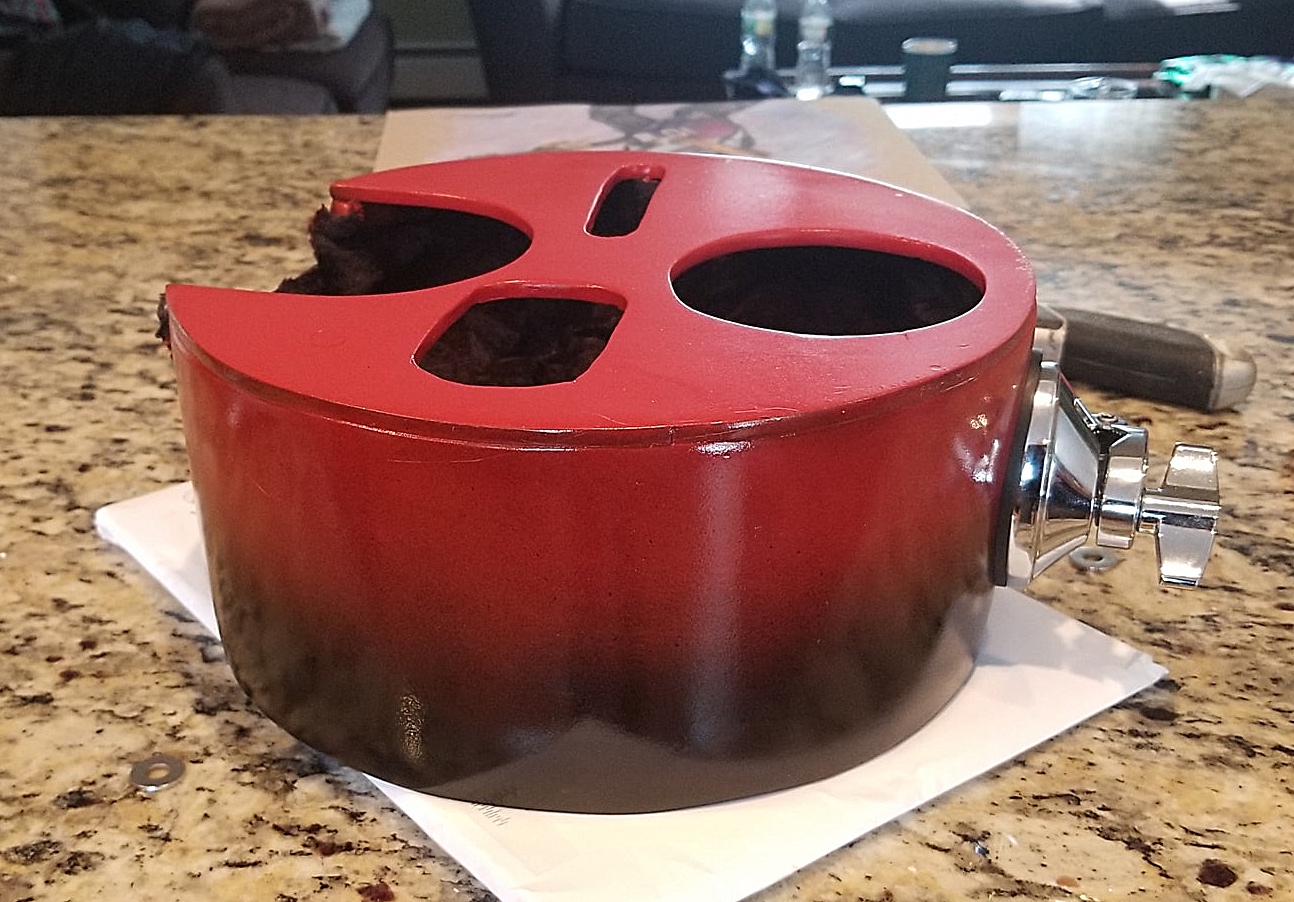 Kubbies can be built with slots to accommodate almost any item. 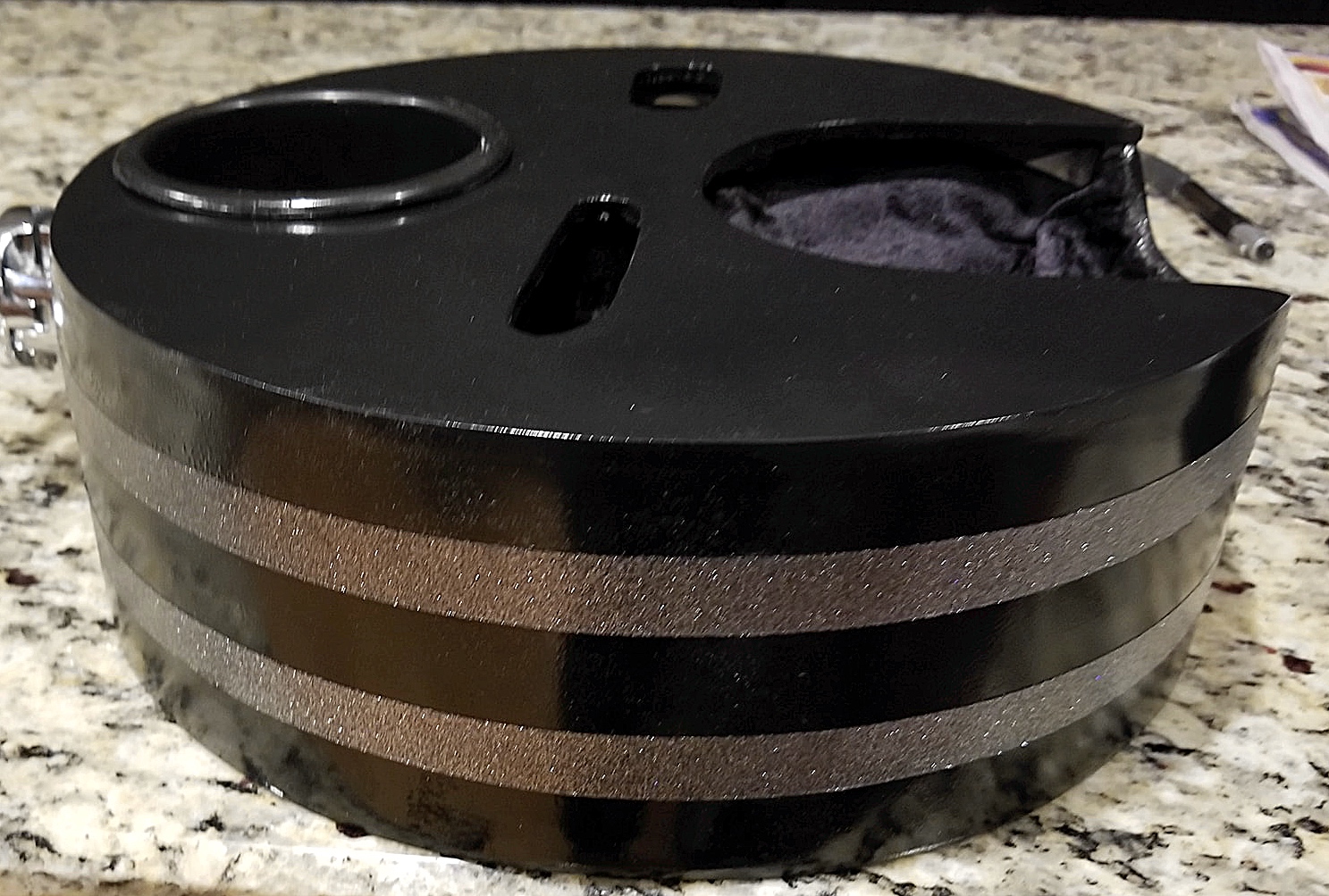 Pacy can match any paint style or design. 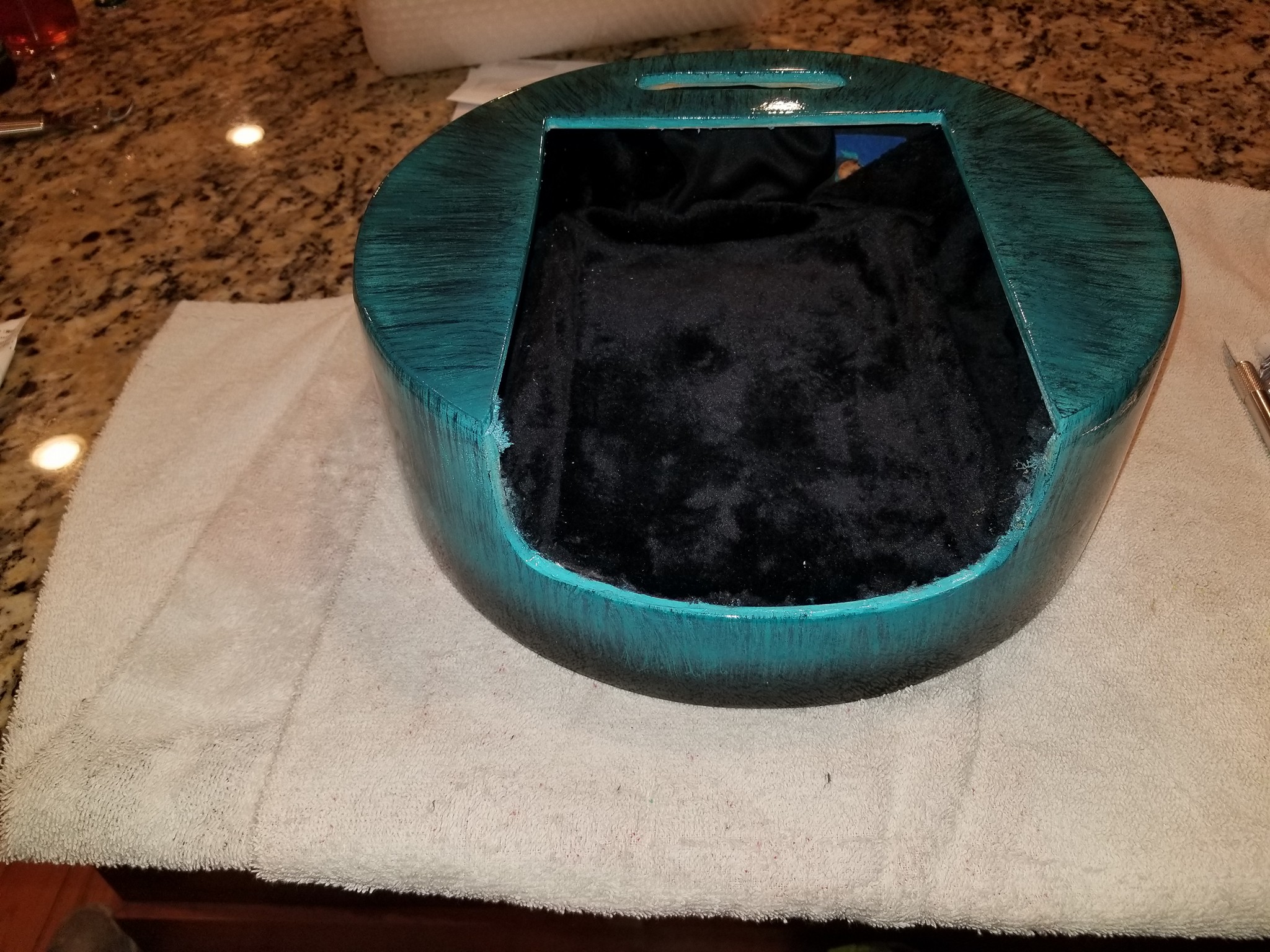 This Drum Kubbie was built with a custom shelf for a mixer. 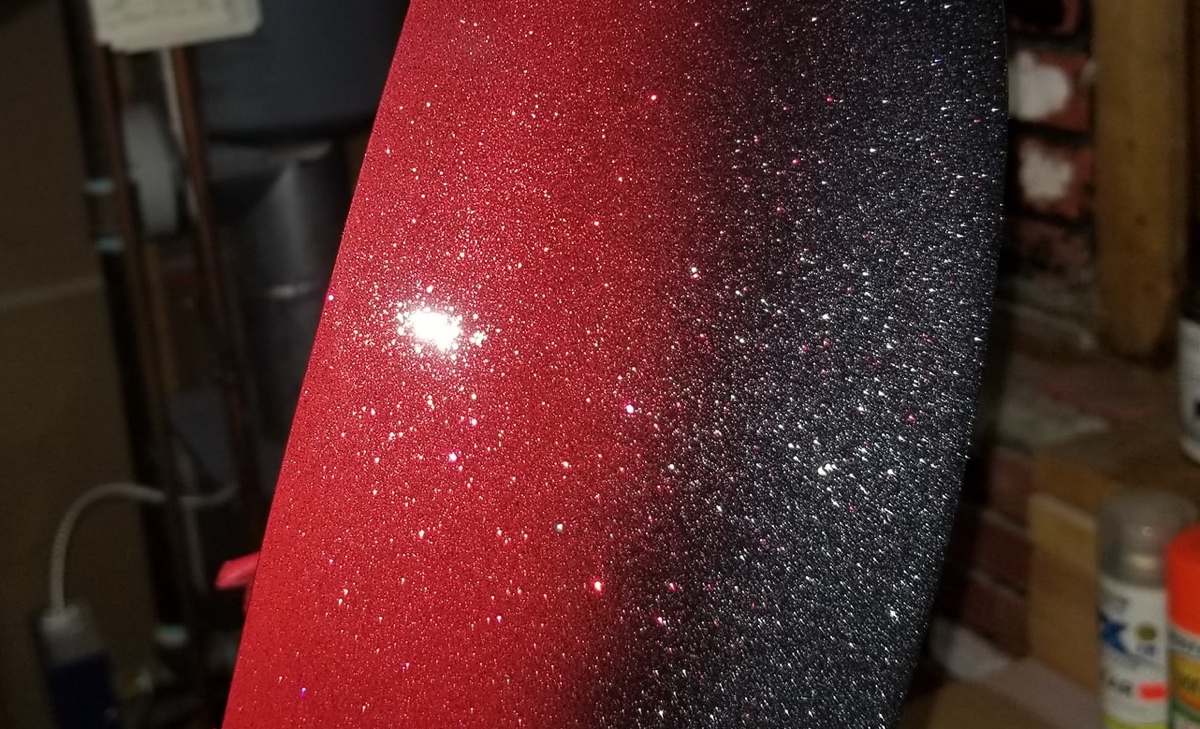 Custom fades are no problem 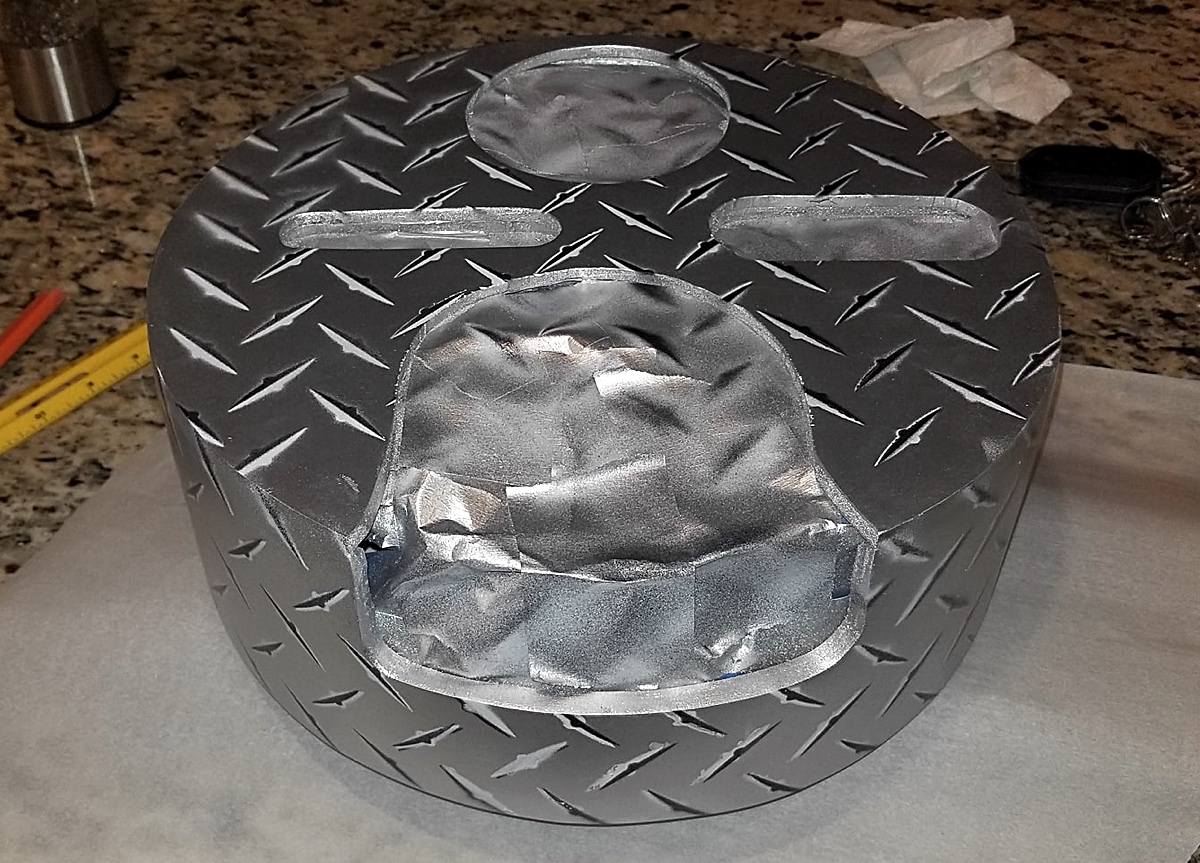 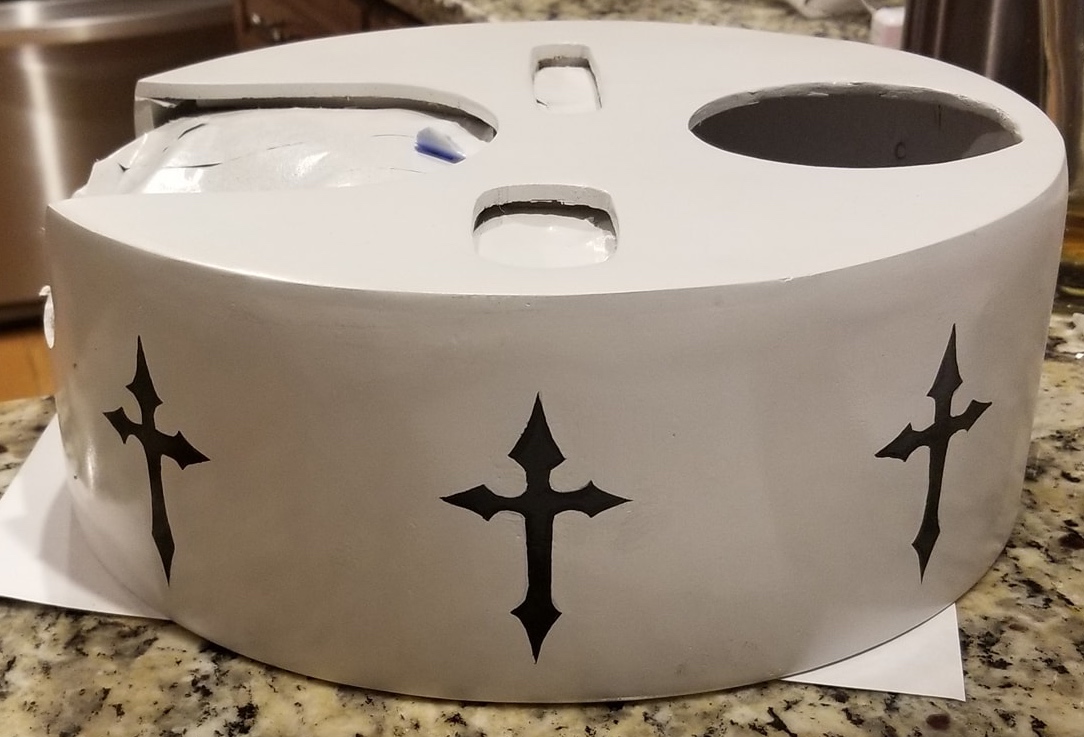 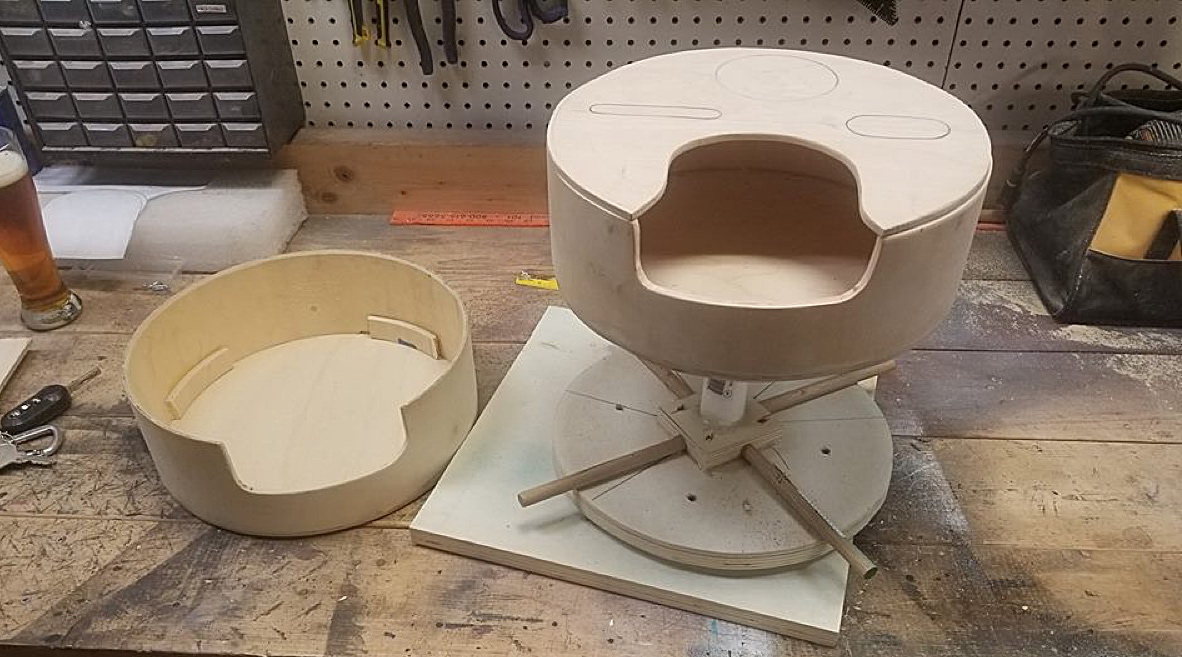 He has built templates for all the Kubbie options. 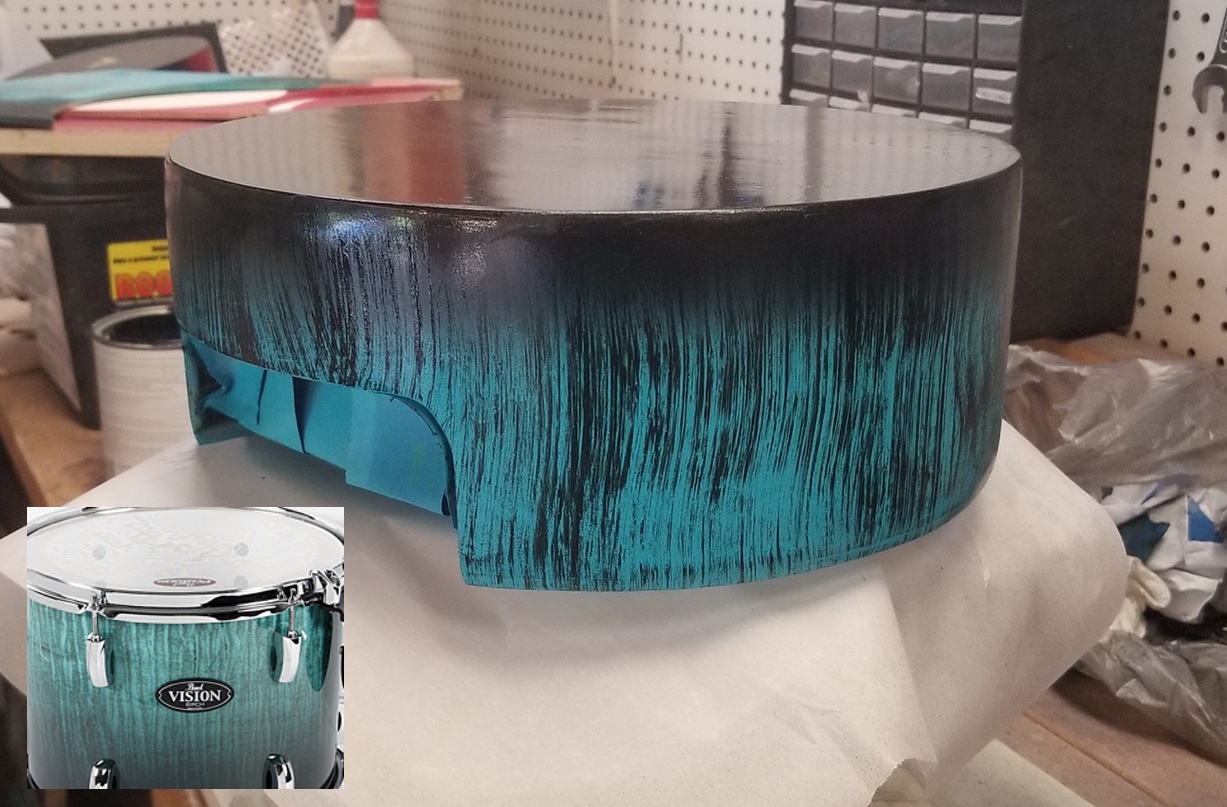 
Where do you put your stuff when you play drums? The floor? A small table? An accessory table? Justin Pacy thinks he has a better idea.

A friend turned me on to Pacy because he’d seen the Drum Kubbie. What’s a Kubbie you ask? It’s a drum shell that has been fitted with holes, holders and shelves so it can contain sticks, phones, keys, tools, drinks — whatever you need to keep nearby while playing. And it is built with a custom tom mount to match your existing set.

Pacy, a 43-year-old drummer in New Hampshire with national touring gigs and many studio credits on his resume, started making Kubbies just a couple of months ago. As always, necessity is the mother of drumvention. “Gibraltar makes an accessory table that didn’t suit my needs, and I’d seen an English product that was similar, but basic. I had a couple of shells kicking around so I designed one that was exactly what I was looking for.” Justin finished it with automotive paints and a high-quality clear coat. He posted a photo online and his friends started calling to get theirs. “The response was overwhelming,” he says.

The basic Kubbie is typically made from a 12” shell. Pacy has built Kubbies with multiple phone holders, shot glass holders, stick holders and equipment shelves, really anything a customer needs. “I’ve built enough of them that I have a template for everything,” he says. “Anything that is in your pocket or that you might need on stage, I can accommodate.” As for hardware, he matches it exactly to your kit. “Some drummers aren’t too picky but for others it has to be a Pearl or DW mount,” he says, adding, “I live down the road from Portsmouth Drum Center. Shane orders me any part I need and it’s done in a week.”

One recent customer wanted to have room for a custom four-channel mixer in his Kubbie. So they built a custom tray to fit his mixing board, drilled a hole for the cable, and put it on a snare stand.

That kit also stretched his painting skills. The owner wanted the Kubbie to match his kit,  a black-to-aqua-fade Pearl Vision kit with visible woodgrain. Another recent customer had a kit wrapped in diamond plate, so Pacy stenciled the design on the Kubbie and it came out “pretty close,” he says.

You’ll soon be seeing Kubbies on concert stages. The most recent creation was for Chuck Keeping, the drummer in Big Wreck. When he’s not working his day job or building Kubbies, Pacy is still performing several nights a week. As we spoke he was sending images to an artist for his forthcoming web site and getting ready for a trip to Virginia to play with an emerging country artist. But he will have to hurry home quickly because customers are waiting. 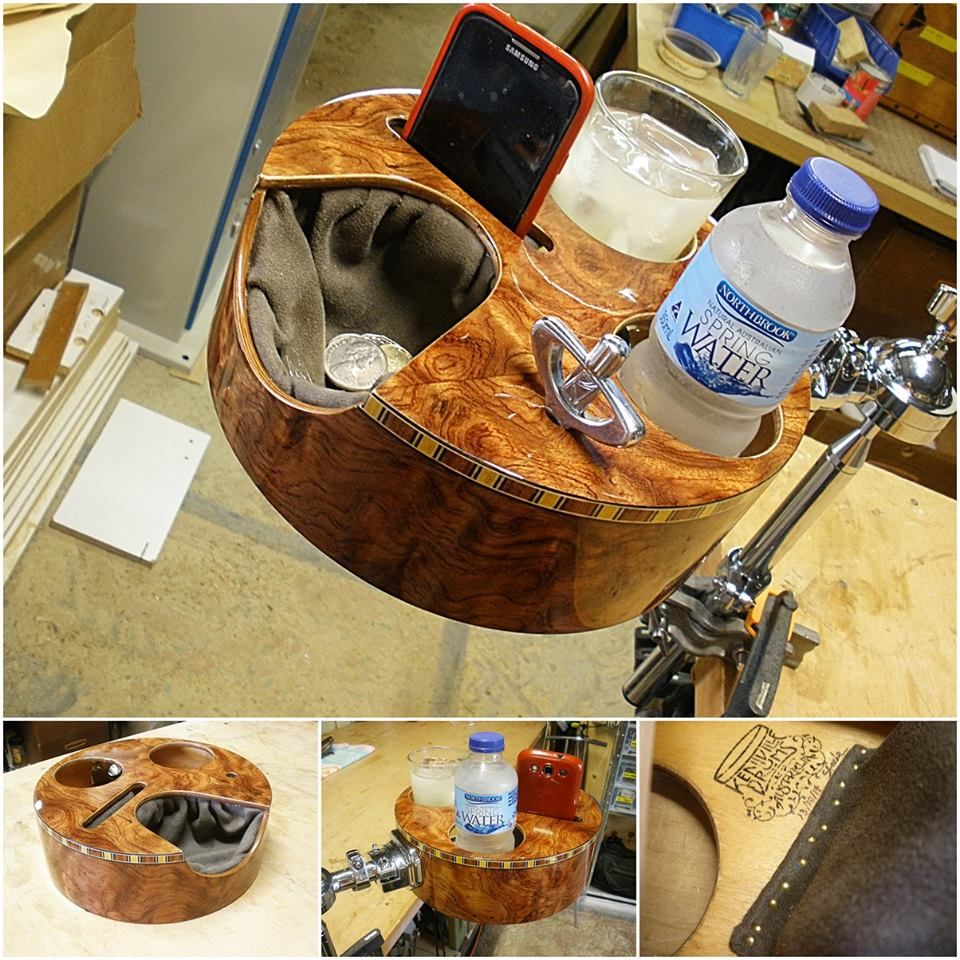 [Ed. Note: After the piece was published a couple of readers wrote to say the that the Kubbie is similar to the Drum Waiter from Kentville Drums of Australia. Though there are significant differences, the Waiter has been customized for drummers such as Todd Sucherman (above).

We’ve got three winners in the CooperGroove drumstick giveaway: Joe Bertram, Larry Strong, and Shane Jones. Congratulations to all. Look for new prizes in this space next week.

Win A Pack Of Pinch Clips The Pinch Clip from William Feldman Studio is a fast, secure, advanced accessory that is intended to replace conventional nuts and wingnuts on many types of threaded drum hardware, including cymbal tilters and hi-hat clutches. We’re giving away three packs over the next few weeks. Click here to enter and sign up for the Drum Week newsletter of vital info and insight every week.