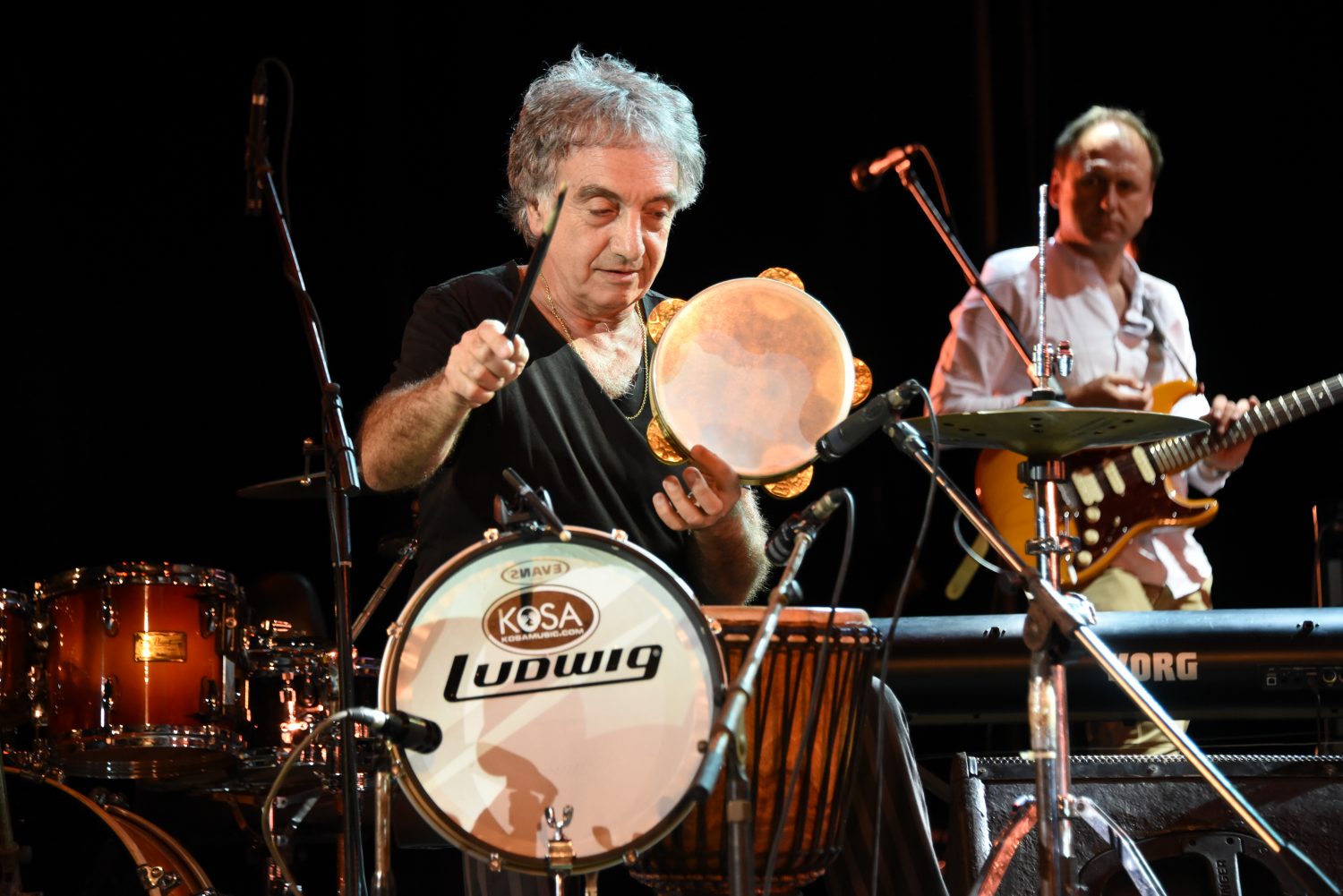 The KoSA Cuba Percussion and Drum camp held its 16th edition from March 5-12, 2017, in the capital city of Havana. Presented annually by its two founders, Aldo Mazza – a world-touring Canadian percussionist, pictured above – and his musician wife, Dr. Jolán Kovács, KoSA Cuba is customarily planned for the same week as Havana’s Rhythm and Dance Festival (Fiesta del Tambor), directed and organized by drummer Giraldo Piloto.

For nearly two decades, KoSA has adopted the beautiful island of Cuba, the cultural jewel of the Caribbean, playing a key role in the music scene in Havana and in particular acting as an important sponsor and collaborator of the Fiesta del Tambor, bringing the instrument prizes that are given to the national contest winners in the categories of drum set, timbales, congas, and bongos.

Once again, the KoSA Cuba program was a fascinating discovery for the lucky participants who attended this year from Greece, many parts of the US, Switzerland, the UK, and Canada. The majority of participants were attending the KoSA event for the first time, and others returned to the program to learn and explore the history of Cuban music.

The group’s daily itinerary offered hands-on classes in  percussion and drum set taught by authentic Cuban masters. The distinguished faculty this year included ethnomusicologist Dr. Olavo Alén; percussion greats like Juan Carlos Rojas “El Peje” (a longtime drummer for Chucho Valdes, and a 2010 Grammy Award winner) and his assistant, Dayron; Tomas “El Panga” Ramos, a studio musician in Cuba; and Amadito Valdés, best known for his work with the Buena Vista Social Club, who gave an introductory clinic on timbales and his unique style of performing and soloing; Yissy Garcia, who is currently performing and touring with singer Dave Matthews; Oliver Valdès, a top studio drummer in Cuba; Miguelon Rodriguez, a highly sought-after drummer in Matanzas; Enrique Pla, the original drummer for the legendary group Irakere; and Giraldo Piloto, founder of the famed group Klimax.

All classes this year were held at the Havana Club, a private beach club that once belonged to the Biltmore family. After a day of classes, participants could either wind down by the beach, located a few steps away, or partake in daily jam sessions accompanied by the very capable bass talents of KoSA Cuba faculty member Reinaldo Gomez Ruis. The group also had the chance to bask in the beauty of old Havana, and do some shopping in local markets. By night, participants were treated to jaw-dropping musical performances in downtown Havana and the party continued to the wee hours of the night dancing and partaking in traditional rumba sessions in outdoor gardens.

In addition, KoSA’s founders and Piloto welcomed international talents this year such as Mark Guliana, Will Calhoun, Dafnis Prieto, Marcus Santos, Nanny Assis, Craig Haynes, and Norwegian brothers Per Mathisen (bass) and Hans Mathisen (guitar) on a special night sponsored by Sabian. Plus, many of these musicians spent time with KoSA workshop participants.

New this year, all evening concerts of the Fiesta del Tambor, including the special Sabian night, were filmed and will be broadcast at a future date on Drum Channel’s website.