DW has just recently introduced a new mid-priced professional drum line that’s designed as a high-quality but affordable alternative for the multitude of drummer’s who desire a real DW kit but can’t afford the pricey Collector’s series sets. It’s an interesting choice for DW performance series review, since the budget arm of the company, PDP, is the place where this type of kit would have traditionally been released. But as I soon learned, there are some key features that put this affordable series a few steps closer to the top-of-the-line DWs.

If you know anything about DW you know the company loves to tinker with shell design. The new Performance series is no exception and uses DW’s new HVX shell. These shells have plies that are oriented horizontally, vertically and in an X-shape — hence the acronym. The toms and bass drums all use eight plies of North American maple, the snare has a 10-ply design and if you opt for an 8” tom, that one has just seven plies. The 45 degree bearing edges are the same as on DW’s other drums, though these shells are “straight” with no reinforcement rings. The tom shells were pretty thin (just under a 0.25”), which usually results in more low end.

There are two basic tom and snare configurations available with bass drums (and additional toms) offered on an à la carte basis. This is a clever idea and keeps things simple on their end. In other words, you pick the tom and snare pre-pack that suits your style of music and add one of three different bass drums or four add-on toms. All the toms are even sized so you can’t get a 13” or 15”. 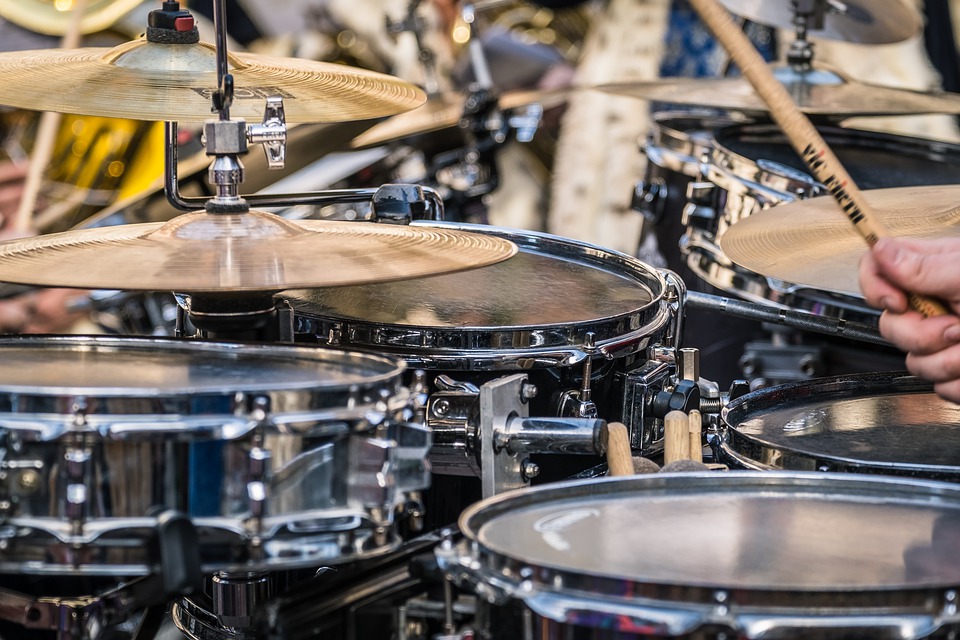 Five lacquer finishes available in the new line. My review kit had the Sapphire Blue finish, which, along with the White Ice and Black Mirra (bling!) finishes, is opaque. If you want to show off the wood grain there are also nice red and black transparent lacquers offered. There’s also the option of a natural finish add-on snare, but oddly no kit with a finish to match it.

The rich blue finish on the review kit was absolutely immaculate. The blue was bold and striking and looked beautiful with the flawless chrome hardware.

These drums use a slightly smaller version of DW’s classic Turret lug, dubbed the Quarter Turret lug. It’s a little smaller and, as a result, I actually think it looks better and more in proportion to the shells than DW’s rather big Camco-era lugs. This smaller lug has less mass and makes less resonance-dampening contact with the shells while not detracting from the finish. The snare drum features ten new dual-Turret tube lugs that echo the look but don’t match the lugs on the rest of the kit. The lugs are only available in chrome.

The bass drum uses 20 die-cast claws that are lined to protect the beautiful matching hoops and are slightly smaller versions of the Collector’s series claws.

The drums use DW’s STM suspension tom mounting system that sits under the lugs but slightly off the shell on large rubber grommets.

The tension screws feature DW’s True-Pitch design that has more threads per inch than standard tension screws, allowing you to more accurately fine tune your drums. The screws turned very easily, like a hot knife in butter. However, I’ve never been a fan of this idea. I’ve found DW drums take a bit longer to tune than other brands since you’re making smaller adjustments with each turn and each turn is less effective.

The snare drum features DW’s Mag throw-off, which cleverly uses a small magnet to hold it closed. It’s very quiet in use and is easy to fine tune while engaged. There’s a beefy DW die-cast butt plate on the other side of the drum with DW’s TrueTone wires underneath.

As with DW’s Collector’s series kits, since the bass drums are “virgin” (without a mount) you have to use a clamp to mount your toms from a cymbal stand.

The hoops are 2.3mm triple-flanged Performance hoops and these are rigid enough to take higher tensions on the snare without being pulled out of shape, as is possible with thinner and cheaper 1.6mm hoops.

The floor tom legs are 21” in length and have that right-angle elbow that DW uses to add resonance and stability.

Finally, the drums feature a new badge with the Performance outlined DW logo. 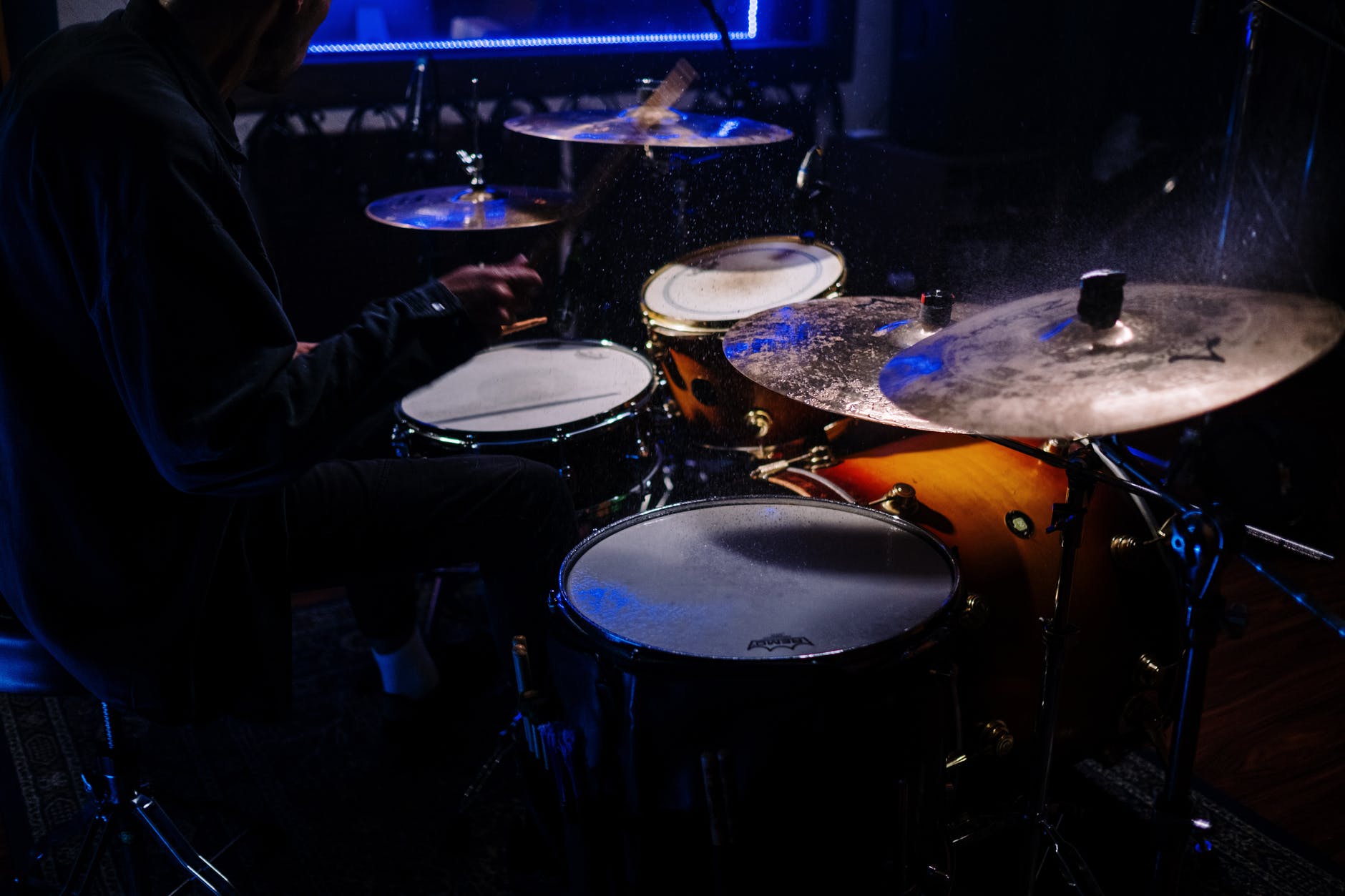 My review kit came equipped with a full set of DW’s 3000 series hardware. DW’s hardware is always good and this was no exception. This series is double-braced — medium-weight equipment that comes with nice hinged memory clamps. It’s completely professional hardware that’s durable enough for any type of gig with the reduced weight that should appeal to gigging drummers.

If you’re a DW hardware geek the 3000 pedal may look familiar to you. DW recently revised its pedal nomenclature so what was the 7000 series pedal has been renamed the 3000. It has dual-chains, a Turbo drive cam, steel base plate with Velcro and adjustable spikes, single post casting, bearing rocker assembly, and comes with DW’s two-way hard felt/plastic beater. This is a solid pro pedal at a middle price point.

Some drummers are pickier about their bass drum pedals than they are about the people they date, so undoubtedly some will prefer another model with oodles of (possibly pointless) features, but this one offers everything you need to get the job done for years to come.

The 3500 hi-hat stand has three swiveling legs that’ll accommodate a double pedal; a 15” pull rod (a 21” is available for slamming drummers who like their hi-hats at shoulder height), and a locking clutch.

The 3700 and 3710 cymbal stands were also nice with either a two-tiered hideaway boom or three-tiered straight stand that use a fine-tooth ratcheted tilter and medium-weight tubing.

The 3300 snare stand is a good solid stand that accommodates 12”–14” snare drums and also has a fine-toothed tilter and medium-weight tubing. Heavier snare stands seem pointless to me. How often has your snare stand tipped over?

The 3100 throne is another nice addition with a 13” round seat that’s 3” thick and has a sturdy tripod base that works better on uneven flooring.

The kit features Remo drumheads designed to DW’s specs. The snare drum came with a coated reverse-dot head that offers extra durability for heavy hitters. It’s labeled with those helpful numbers that keep you from forgetting which screw you last tightened while tuning the drum. The drum had a somewhat dry, poppy sound with a typical upper tuning.

Dead center hits were pretty dry with lots of attack in part due to the dot beneath the head, though rimshots brought out the ring. It was a good sounding drum, but wasn’t a super warm thin-shelled snare drum, nor was it designed to be. It’s perfect for rock and pop and the thicker shell helps it cut. Rim-clicks were just fine too.

The bass drum came with DW’s single-ply logo head with dime-sized holes around the edge. This head lets air out of the drum to deaden it but unlike a typical head with a single port, doesn’t allow for internal mike placement. The batter head is a Powerstroke 3–style head with painted strips at the edge to tone down the ring. I doubt they do much on a bass drum but there’s also a Velcro mounted black pillow inside the drum that touches both heads for actual muffling.

I appreciate that DW includes the pillow, so you have the ability to tweak it to your taste. The drum had lots of low end and sounded good for funky grooves but some might find it a bit too muffled. I’d probably port the logo head for easier mike placement and to reach inside the drum to adjust the pillow.

The toms had clear single-ply heads with coated white tone rings on the edges of the batter head. Both toms sounded great with clear pitches, good low end, and ample sustain. I loved the toms on this kit. Once tuned, they just sang with a nice open tone.

These drums offer great value and, for another point of reference to those unfamiliar with DW, compare similarly to how Tama’s Performer series fits beneath its Starclassic lines. In fact, the comparison fits so well I couldn’t help but wonder if the similarity of the Performance/Performer names was deliberate. The Performance series isn’t cheap but it is a much more affordable line than the Collector’s series.

DW’s Performance series is perfect for drummers who want a pro kit their friends will envy with the DW name but who are on more of a Toyota rather than a Lexus budget. These drums will also appeal to owners of DW’s more expensive lines who want to have a high-quality gigging kit that still offers professional quality and sound but makes no significant compromises to the kit’s quality or the DW name.