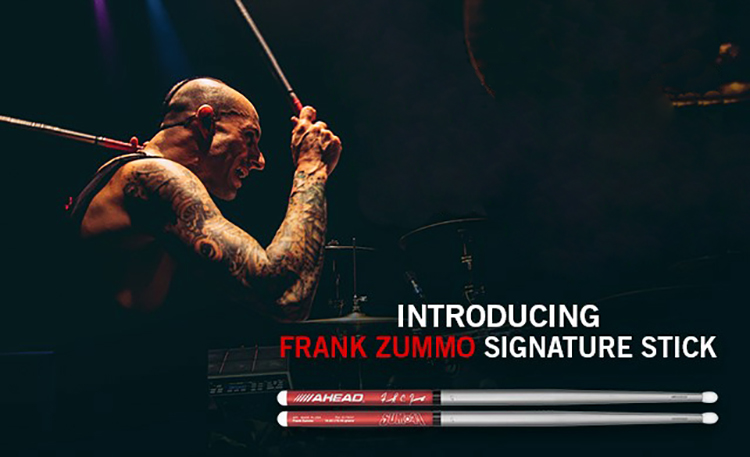 AHEAD Products announces the launch of Frank Zummo’s Signature Drumstick ($36.49 MSRP; $29.99 street). As a member of the AHEAD family since 2001, Zummo had been using Tommy Lee’s Signature Drumstick for years. The company states that it wanted to create a model for Zummo that was similar to Lee’s, while also unique to Zummo’s growth as a drummer, and versatile enough to handle the many different musical styles that he plays.

The new FZ Drumstick is similar in length to the Tommy Lee Studio, but it uses a long taper cover and is 3 grams lighter. Because it is far less top heavy, Zummo says he has noticed less overall fatigue and can play longer and faster with less effort.

Find more information about the AHEAD Frank Zummo Signature Drumstick.